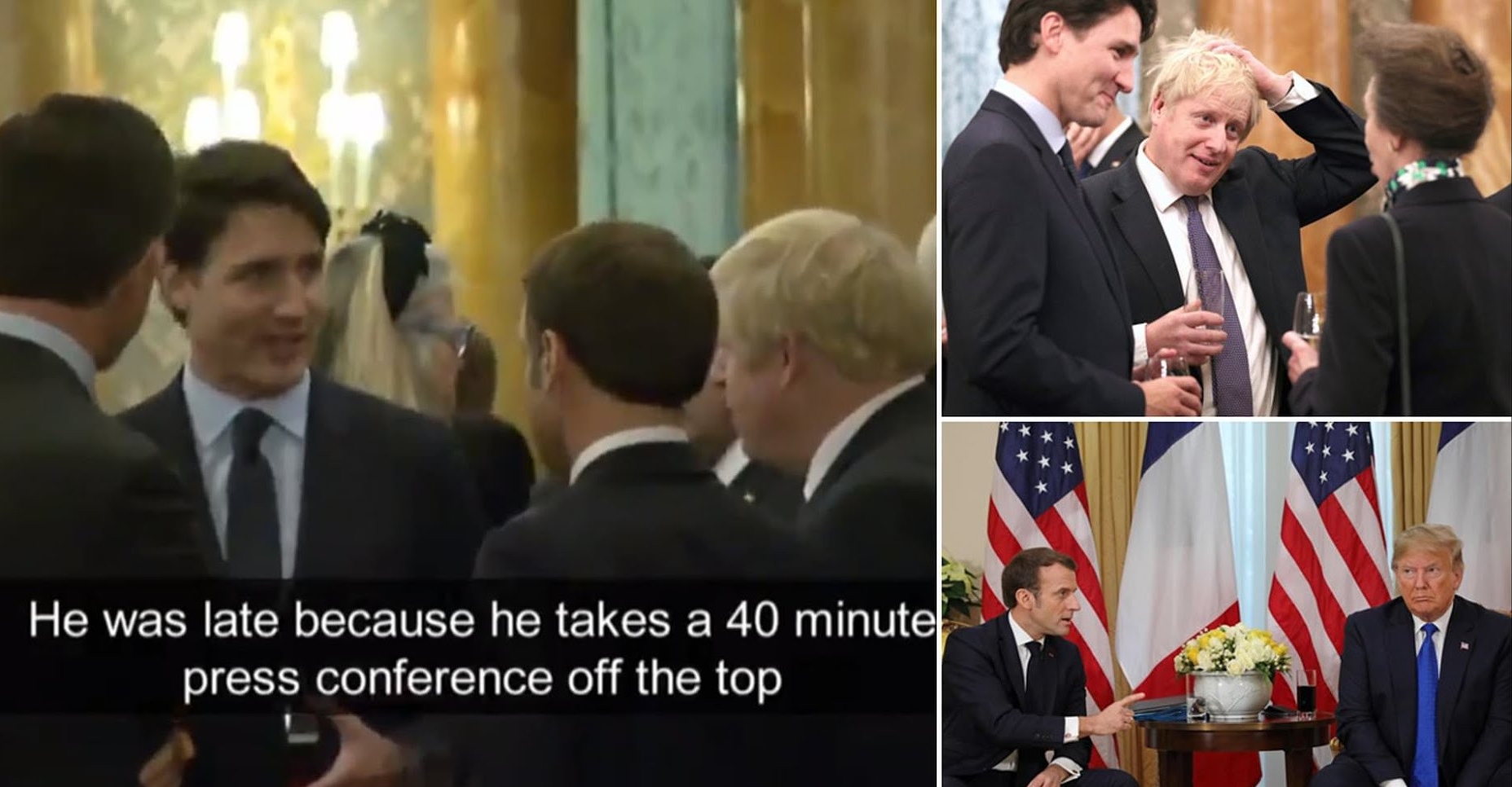 The world leaders who were not aware that their mics were on appeared to gossip about Donald Trump at the NATO reception yesterday evening.

They were reportedly discussing the length of his impromptu press conference after French President Macron appeared late to the London summit, held to mark NATO’s 70th anniversary.

Although Trump was not mentioned by name but there are indications that Trudeau seems to be referring to Trump’s media talks throughout Tuesday where he spoke at length to reporters in the afternoon after an awkward press conference with Emmanuel Macron that saw them both use a ‘confrontational’ tone when discussion NATO budgeting.

According to the released clip, Johnson asks: ‘Is that why you were late?’ as he stoops down and chuckles before Trudeau, shoots back: ‘He was late because he takes a 40 minute press conference off the top.’

The video then cuts to a later clip, which sees Macron pointing furiously before Trudeau adds: ‘You just watched his team’s jaws drop to the floor.’

He then motions as if his jaw is dropping.