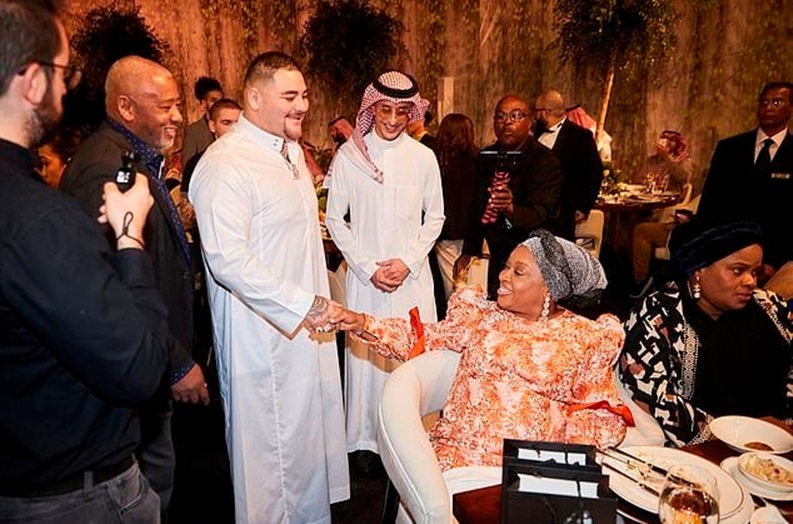 The Mexican star will be up against Joshua this Saturday, December 7, in the second showdown to hold in 15,000 capacity Riyadh stadium.

Ruiz, who defeated Joshua in June at Madison Park in New York with a seventh round knock-out, met again with his opponent at Al Faisaliah Hotel to douse the tension the rematch has been courting.

Ruiz,dressed in a popular long white regalia of the Arab culture,  was captured shaking Joshua’s mother, Yeta Odusanya at the pre-fight dinner on Thursday evening.

The scene was finally capped with Joshua planting some deep kisses on his mother’s head as Ruiz took pictures with other guests in the hall. 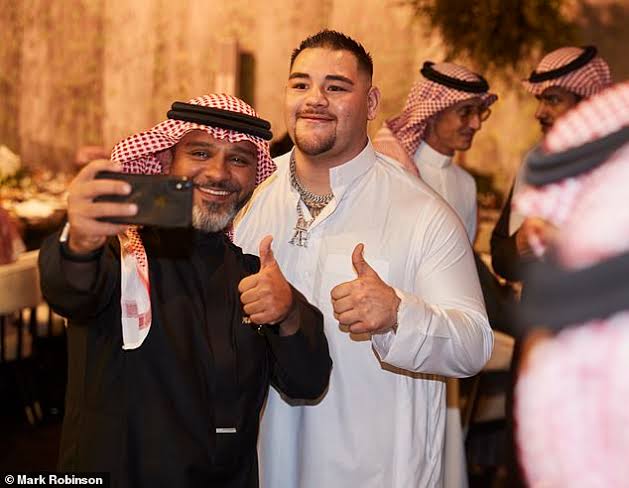 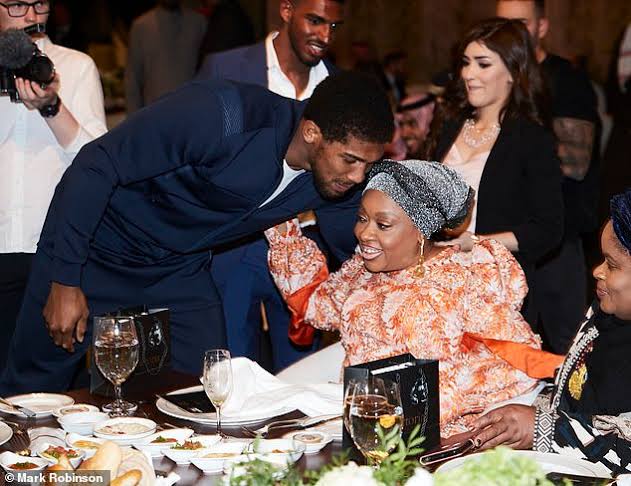