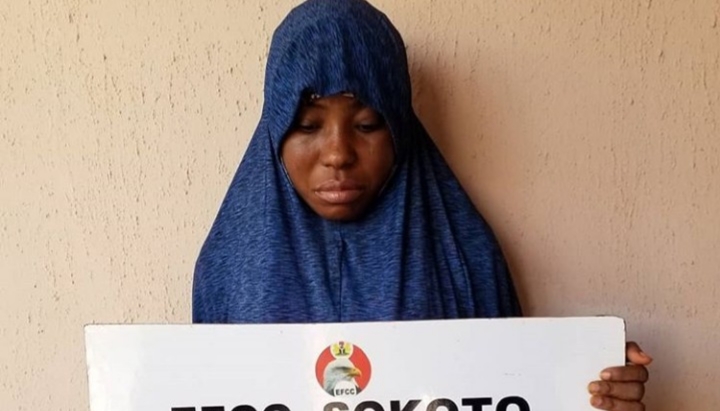 A female banker has been arrested by the Economic and Financial Crimes Commission (EFCC), Sokoto Zonal Office for allegedly obtaining money under false pretenses.

WITHIN NIGERIA learnt that the female banker identified as Amina Kabo popularly known as (Firdausi Kabo) is the promoter of Olive Micro Finance Bank located at No. 26 Dubabe Plaza in Sokoto.

According to reports, Kabo was allegedly arrested for offences of Conspiracy, Forgery and Obtaining Money by False Pretence to the tune of N897, 500 (Eight Hundred and Ninety Seven Thousand Naira). 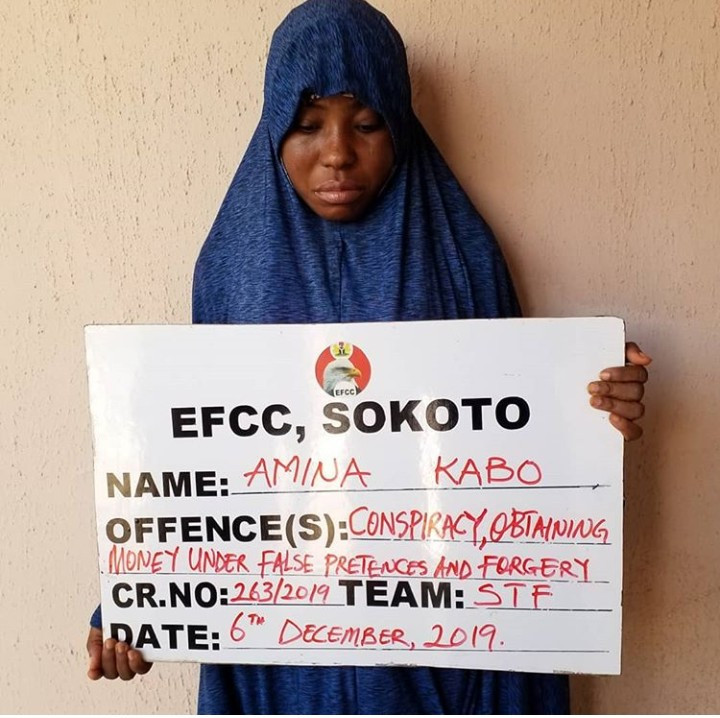 While reacting to the development in the course of parading the suspect at a press briefing on Friday, December 6, 2019, the Zonal Head, Abdullahi Lawal described the arrest as “a big success”.