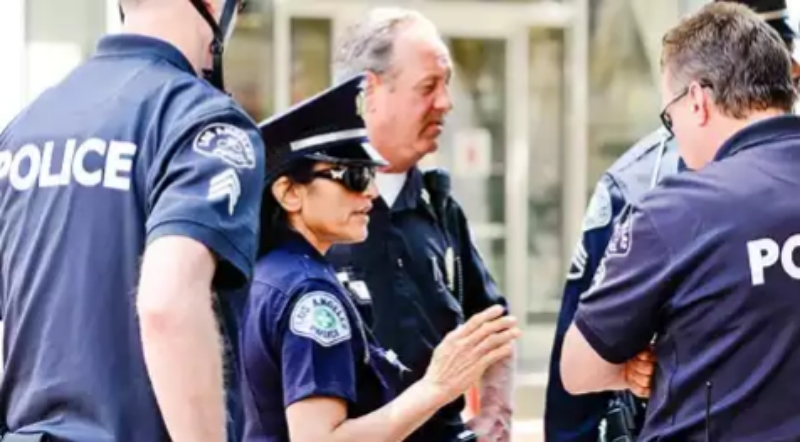 A 27-year-old LAPD officer has been officially charged to court for allegedly fondling a dead woman’s breasts.

According to Los Angeles County district attorney, the suspect identified as David Rojas could could be sent to prison for three years if found guilty of having sexual contact with human remains without authority;

According to Los Angles Times report, the veteran cop was placed on leave after his bodycam footage reportedly showed him groping a corpse.

The incident occurred when the officer and his partner were called to investigate a report of a fatality at a residential unit in Los Angeles. After entering the premises and confirming the death, the partner left the room to retrieve something from the patrol car.

The accused officer then turned off his bodycam, before switching it back on a short time later.  However the device has a two-minute buffer; it is constantly recording video and audio, even when switched off. When re-activated, it saves the previous two minutes of footage.

The disturbing video allegedly shows him lifting the sheet off the woman’s body, before feeling her nipples and fondling her breasts. The incident came to light during a random inspection of bodycam footage, when a supervisor discovered it and reported him.