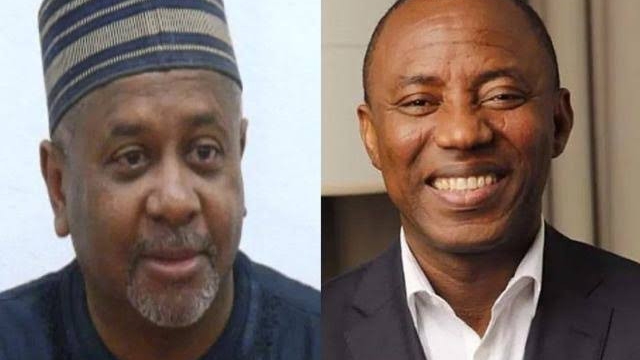 CAN reacts on the release of Sambo Dasuki and Omoyele Sowore

Hours after the Federal Government of Nigeria ordered the release of convener of #RevolutionNow Omoyele Sowore and former National Security Adviser (NSA), Col. Sambo Dasuki, the Christian Association of Nigeria (CAN) has applauded the decision of the government and described the gesture as a Christmas gift.

This was contained in a statement signed and released to the press by the Special Assistant, Media and Communications to the President of the Christian Association of Nigeria in Abuja on Tuesday, December 24th.

Reverend Samson Ayokunle described the gesture as a Christmas gift to Nigerians and “a New Dawn for our democracy. We are very happy with the decision of the Federal Government to release the duo of former National Security Adviser (NSA) and the publisher of Saharareporters, Omoyele Sowore as mandated by the Federal High Court, Abuja.

”We appreciate the Attorney -General of the Federation and the Minister of Justice for his intervention and counsel.

“The action of the government is commendable and it is a New Dawn for Democracy. As long as the Federal Government continues to respect the rule of law and the Constitution, the Christian Association of Nigeria (CAN) will continue to work with the government to ensure that there is peace and stability in the polity.

”We will not cease to pray for President Muhammadu Buhari and his team for a successful tenure of office,” Ayokunle said.

He said Nigeria should be a pace setter for the continent in everything good, being the giant of Africa in the abundance of human and material resources

Nationwide protest: Police tells Nigerians what will happen on Monday…