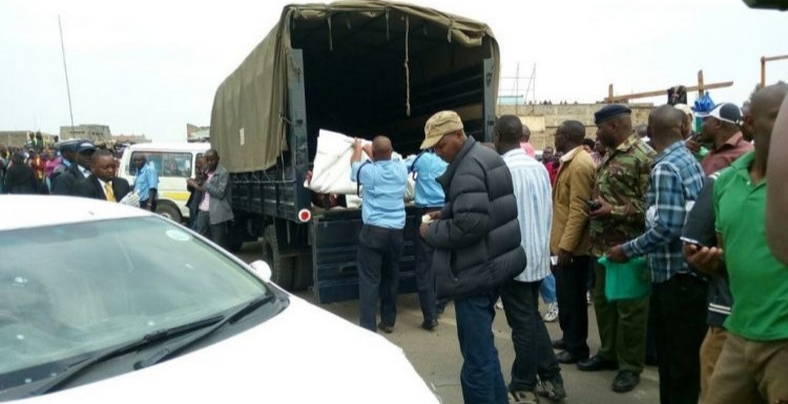 Tragedy as a Kenyan man commits suicide in one of the toilets at Murang’a County Referral Hospital on Sunday, December 29.

WITHIN NIGERIA learnt that the deceased identified as Lamek Muhia hanged himself in the toilet barely a day after he was admitted in the hospital for taking poison in an apparent suicide attempt.

As the time of reportage, what prompted the decision of the man to commit suicide is still unknown.

While reacting to the development, Dr Leonard Gikera, the hospital’s medical superintendent revealed that the patient who was recovering well before his last attempt to take away his life was found dangling on the toilet’s shower by other patients.

County Police Commander, Josephat Kinyua who confirmed the incident said the deceased’s body was moved to the hospital’s mortuary after they were notified by its management. He also appealed to depressed individuals to seek help from clerics, community leaders and psychologists instead of taking their lives.

He said; “Cases of suicide of people aged below 40 are on rise and we advise young people to seek help and advice from members of the clergy, community leaders and psychologists instead of taking their lives.”