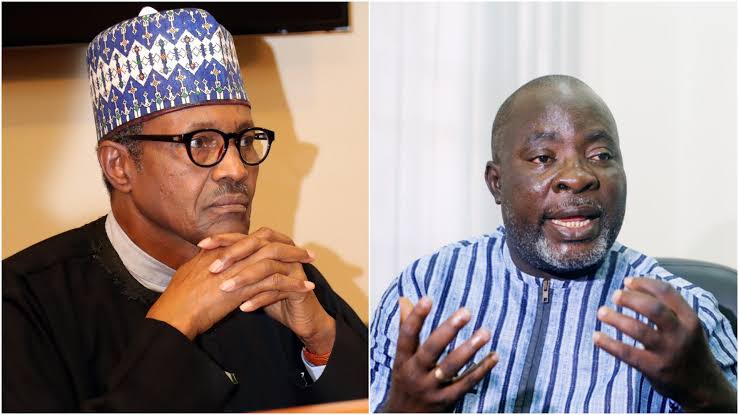 The Peoples Democratic Party (PDP) said President Muhammadu Buhari remark in which he asserted that he would leave politics at the end of his present tenure in 2023 was unnecessary.

In reaction to the president New Year message, the PDP said in a statement issued in Abuja on Wednesday that saying that he would stand down was unnecessary because he would have no other option than to exit office at the end of this tenure.

Signed by its national spokesman, Kola Ologbondiyan, the statement described President Buhari’s message as “completely uninspiring, tasteless, repetitive, vacuous and does not galvanise any form of hope for a despairing nation like ours.”

The PDP held that the president should have the courage to issue a fresh new year message to “show remorse for the corruption, incompetence and misrule of his administration as well as admonish his disintegrating APC against its crass insincerity, violence and divisive machinations that have brought so much pain, anguish and despondency to our nation.”

The main opposition party added: “Indeed, President Buhari should stop presenting a picture as if he has the option to continue in office beyond 2023.”

The PDP noted that in total submission to the letter and spirit of the 1999 Constitution (as amended), it was not an issue of “standing down” or not being “available” for future election, but a decided and inevitable position as contained in the constitution that Buhari must quit office after two terms which will end in 2023.

The statement added: “Mr President, therefore, does not have any other choice before the law.

“Whether President Buhari likes it or not, he and his APC will exit the arena at the end of this tenure. History is replete with lessons from those who sought to stretch our nation beyond her limits.

“Moreover, President Buhari and his extinguishing APC ought to have known by now that Nigerians have moved ahead and cannot wait to see them go.

“The citizens are no longer swayed by empty promises and false performance indices as replete in Mr President’s new year message.

“Our party restates that President Buhari should, therefore, end this showboating by issuing a fresh new year message to demonstrate a commitment to electoral reforms by returning the 8th Assembly Electoral Act amendment bill, which he refused to sign, to the National Assembly without any further delay.

“He should also be prepared to waste no time in signing the bill into law when retooled to meet current exigencies and passed by the current National Assembly.

“President Buhari should also order the immediate prosecution of his party leaders who perpetrated violence in the 2019 general election as well as the governorship elections in Ekiti, Osun, Bayelsa and Kogi States where APC used thugs and compromised security agents to unleash mayhem and killed innocent compatriots who came out to perform their civic responsibility at the polls.

“Mr President should apologise for the violation of human rights, attacks on institutions of democracy, disobedience to court orders and constitutional violations under his administration as well as order an immediate investigation and prosecution of all those who played roles in these ugly episodes.

“Furthermore, the PDP charges President Buhari to use the opportunity of a fresh New Year Message to apologise for his administration’s failure to secure the nation and for plunging our country into a biting economic recession occasioned by the incompetence, corruption and unbridled treasury looting in his government which led to the degrading of our nation from one of the world’s fastest-growing economies to world’s poverty capital with an excruciating unemployment rate, decayed infrastructure and accumulated $83 billion debt.

“Such course of humility in showing remorse, seeking help and getting competent hands to manage our economy and security system should be the legacy which Mr President is expected to pursue without which history cannot be kind to his administration and his APC.”