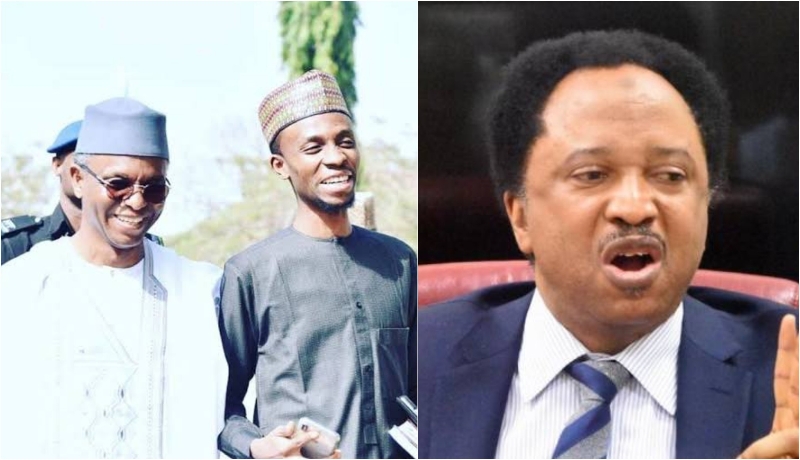 Hours after former Kaduna federal lawmaker, Shehu Sani was arrested by the Economic and Financial Crimes Commission (EFCC) over alleged extortion, Governor Nasir El-Rufai’s son has reacted to the arrest, stating that he was trained to destroy his political opponents.

While reacting to the arrest, Bello who alongside his father have been at loggerheads with Shehu Sani, stated that ”there’s a limit to how deceit under the veil of populism can take one.”

“There are reports that former Senator and current contender for best blogger of 2019, ”Comrade“ Shehu Sani has just been arrested by the EFCC operatives on a fraudulent related case. There’s a limit to how deceit under the veil of populism can take you. A leopard and spots.” 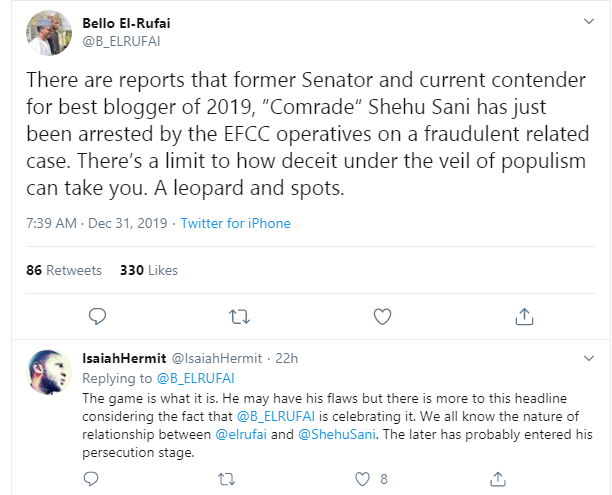 After a Twitter user commented on how much Bello will love the news than anyone else, the Kaduna Governor’s son wrote in a now deleted tweet  “I was trained to destroy my opponents.” 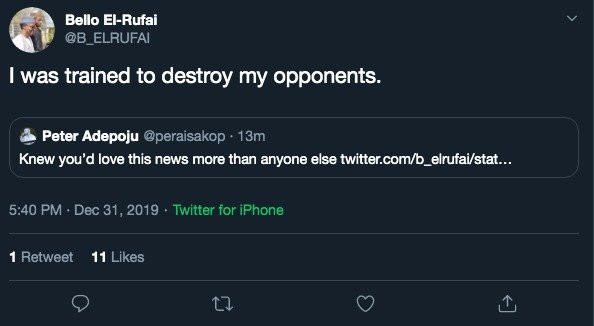