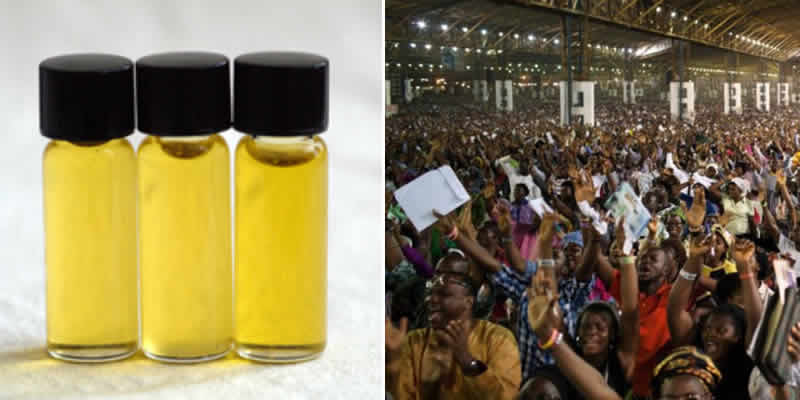 It was earlier reported that the founder and President of Jesus Deliverance Ministry in Abuja, Pastor Shola Akande was arrested by the Nigerian Police Force on Saturday, December 28 for allegedly selling anointing oil to his church members at the rate of one million per bottle.

WITHIN NIGERIA learnt that the pastor reportedly declared that the power in the oil can make a poor man a millionaire in less than one month.

He added that it can heal any sickness, it can raise the dead and it works signs and wonders.

While addressing his church members, he further added that he is not forcing anyone to but, it is all about choice, but those who chose to buy will gain it hundred times.

This act has caused outrage on social media as several Christians in Nigeria can be seen condemning the activity with an argument that selling anointing oil is not Biblical, there is no where you can find in the Bible where the Apostles sold anointing oil.

One of the members of the church revealed that some people bought two bottles which is two Million Naira while some bought more than that for their friends.

However, solicitors of Pastor Olusola Akande have debunked the story through a statement which was released by Lexjuris partners that the picture of their client, pastor Olusola Akande of the Redeemed Christian Church of God in Rivers state was used to depict the story of one Pastor Sola Akande in a certain Jesus Deliverance Ministry who was arrested by the police for selling anointing oil for N1million per bottle. 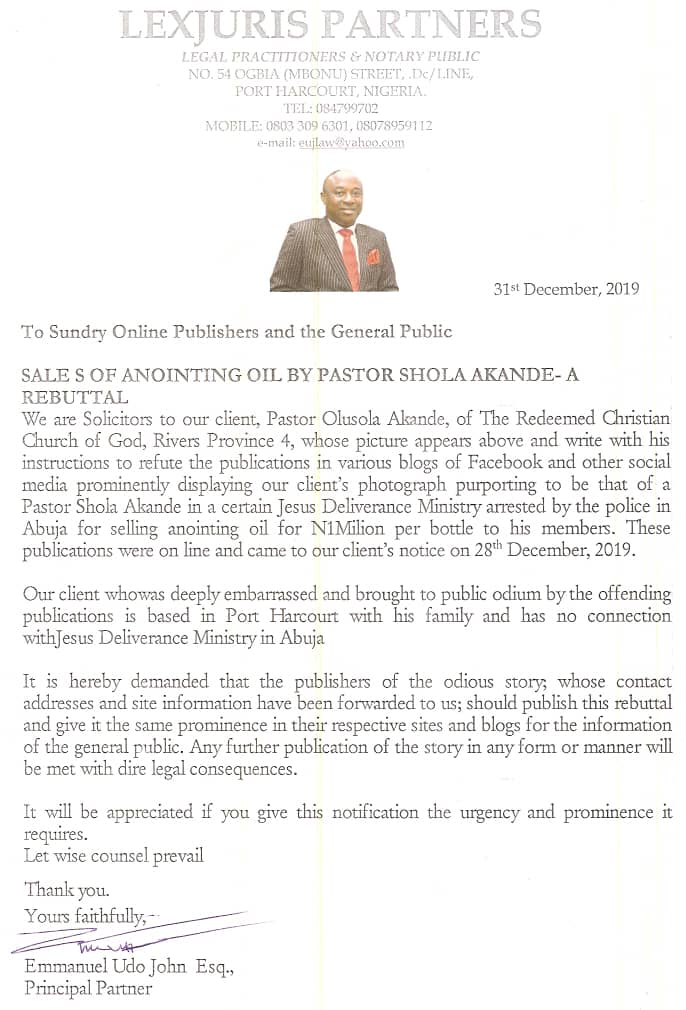 They requested that the rebuttal should be published and be given wide publicity while reaffirming that the pastor has no connection with Jesus Deliverance Ministry.

Prior to the pastor’s reaction, he communicated to WITHIN NIGERIA that the viral post was a defamatory information and The said Pastor Shola Akande is another victim of cheap blackmail.