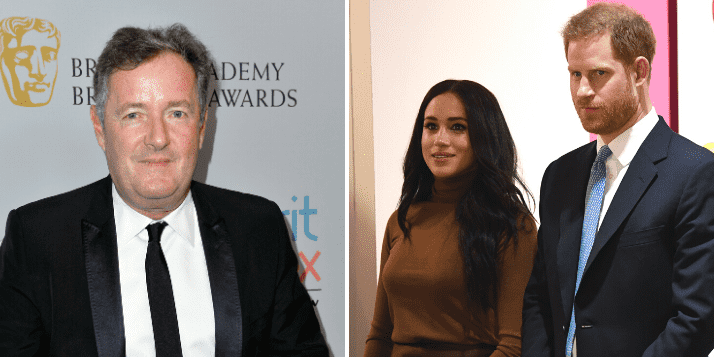 WITHIN NIGERIA reported that the Prince Harry and Duchess of Sussex have announced that they will step back as “senior” royals and divide time between the UK and North America.

Piers Morgan, Controversial British Journalist, co-host of “Good Morning Britain” and a sound critic of Meghan Markle who could not control his anger towards the shocking announcement reacted via his Twitter handle.

Piers who criticised Meghan Markle for ditching life as an actress to marry Prince Harry also blamed her for breaking the Royal Family.

He wrote in one tweet: “People say I’m too critical of Meghan Markle – but she ditched her family, ditched her Dad, ditched most of her old friends, split Harry from William & has now split him from the Royal Family,” Morgan tweeted. “I rest my case.”

People say I'm too critical of Meghan Markle – but she ditched her family, ditched her Dad, ditched most of her old friends, split Harry from William & has now split him from the Royal Family.
I rest my case. pic.twitter.com/xgKLTt2Y0Z

BREAKING: Harry & Meghan have just published their new rulebook for the media to obey.
Even Putin wouldn't try to pull a stunt like this.
I fear they've both gone nuts. https://t.co/vHMtFZjIJh pic.twitter.com/cfoMvGpRl6

‘What Meghan wants.. Meghan gets.’ pic.twitter.com/MBA5Xi8Fbf