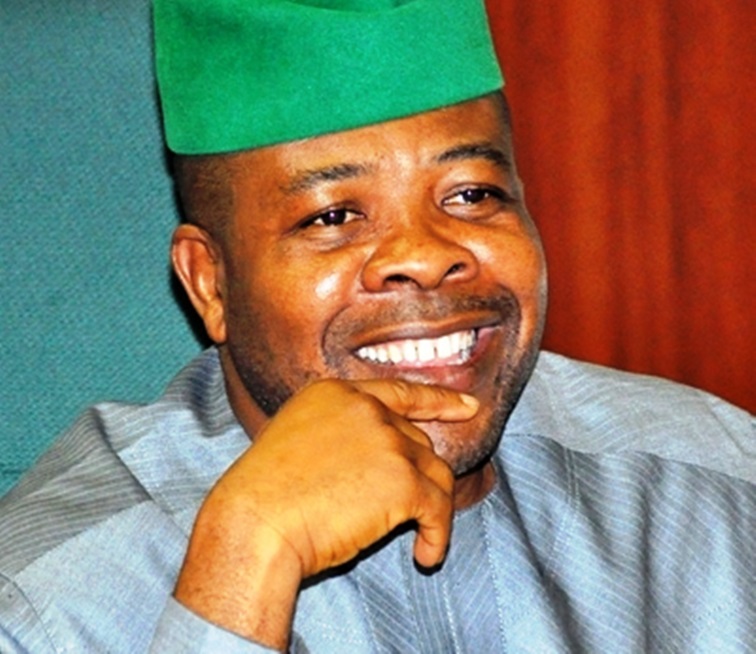 Imo state: ”It came to me as a rude shock” — Ihedioha breaks silence

Former Imo State Governor, Emeka Ihedioha, has released a statement in which he described the judgement of the Supreme Court that nullified his election as ”a rude shock”.

In a statement released this evening, Ihedioha said although the mandate given to him has been truncated, he deeply appreciates the level of cooperation he received from the good people of the state in his seven months reign as governor. He says he doesn’t agree with the judgement but would have to respect the rule of law and accept it.

Read his statement below

STATEMENT FROM HIS EXCELLENCY, RT. HON. EMEKA IHEDIOHA, CON, ON THE SUPREME COURT RULING ON IMO STATE GOVERNORSHIP ELECTION OF THE MARCH 9, 2019.

My dear good people of Imo State,
I address you today, following recent developments affecting our dear state, and in particular the Supreme Court judgement of 14thJanuary 2020.In my relationship with you as Governor of Imo , I had employed regular consultations and dialogue as a tool of political discourse. This informs this course of action.

2. I am reporting back to you our great Imo people on the fate of the mandate you freely gave to me as Governor and Engr. Gerald Irona as Deputy Governor. This mandate has now been truncated and cut short by the Supreme Court, in contravention of the will of the people.

3. We shall always cherish the tremendous goodwill and support you gave us as we grappled with setting up a new administration to rebuild a state that was devastated by bad governance.

4. In the last seven months we sought to elevate merit, unity of purpose, honesty, transparency and an inclusive approach to governance, as the hallmarks of our administration. We sought to restore once again, the pride and dignity of Imo people. We worked very hard to re-engineer the Imo renaissance. But God knows why he has allowed this current state of affairs.

5. No doubt, yesterday’s Supreme Court verdict, came to us as a rude shock and surprise considering the facts on ground, legal precedence and clear verdict of Imo People on March 9 2019, that returned me as Governor with the highest valid votes of 273,404.

6. I do not agree with the judgement of the Supreme Court. I think it is unfair, unjust and does not reflect the voting that took place during the elections. It also didn’t take care of the sensibilities of the people of Imo State. But as true democrats, Engr Gerald Irona and I have no option but to respect the outcome of that judgement.

7. Consequently, we have put machinery in motion to hand-over the reins of office to the APC Candidate as the the next governor of Imo State. This will be coordinated by the Secretary to the State Government. I therefore direct all members of Imo State Expanded Executive Council, and all political appointees to write their handing-over notes and to return all government properties in their custody, forthwith. I shall not be party to pilfering of Government property or funds.

8. May we use this opportunity to express our gratitude to God for the opportunity to serve, within the short period he granted us. We sincerely appreciate you for all your solidarity and goodwill. We would forever cherish and treasure your love, your trust and your partnership. We made our mark. Rebuilding our dear state is neither easy nor personal, but a task undertaken for our today and tomorrow.

9. I thank you all for your support which saw us achieve so much and reversed the negative trajectory of Imo State within a space of seven months. It is significant to note that Imo State was looking good again. We were declared the least corrupt State in the Country, the fastest state growing economy in Nigeria and the most improved, in terms of the deployment of Information Technology in service delivery. Our infrastructure was significantly coming to life, civil servants and pensioners were now being paid as and when due and optimism returned to Imo State. It is on record that we were acclaimed as the most sports and diaspora friendly state. Most importantly we returned life and activities to our local governments. Yes we had good plans to make Imo the centre piece of commerce, industry, technology, tourism by providing good leadership and first class infrastructure. Under our watch, Imo became safe with our systematic approach to securing lives and property.

10. All these were made possible by your prayers, support and sacrifices. I therefore appeal to all Imolites, especially our teeming supporters to remain calm and to shun any action that is capable of resulting in a breach of the peace. We can always have different parties, but we would have only one Imo State. In the same vein, I urge you to extend to my successor, the same support you gave to me. It is my wish that he will continue on the path we had set for the rebuilding of our state as well as consolidate on the progress and milestones we achieved.

11. It is incontrovertible that we ran a good race, fought tough battles, (including, principalities and powers)and governed the state well, with the fear of God, accountability, transparency and entrenched due process. We, however, take solace in the book of Ecclesiastics 3:1, “To everything there is a season, and a time to every purpose under the heaven”.

12. We step aside with implicit faith in the Sovereign Lord who reigns over the affairs of men.

I Got Your Back – Emeka Ihedioha’s wife, Ebere reacts to Supreme Court…

Okorocha power Secretariat with ‘I better pass my neighbor generators’ —…