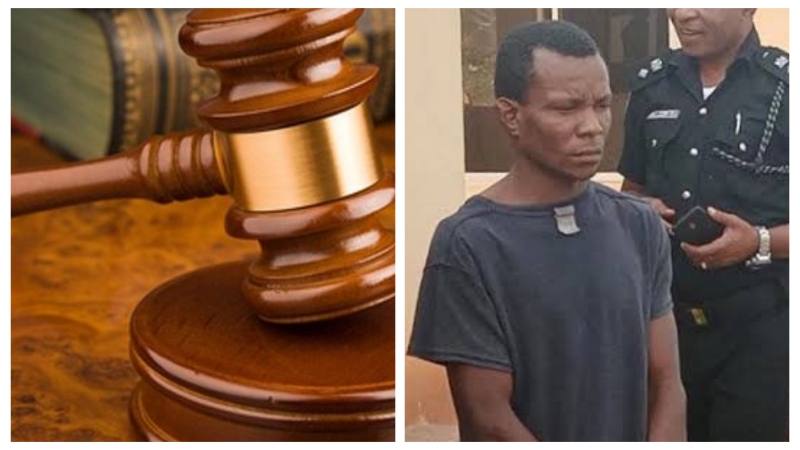 Elike was remanded after he was arrested by the police over the missing child at Sotitobire Miracle Centre in Oshinle quarters.

WITHIN NIGERIA had earlier reported that a one-year-old boy identified as Gold Kolawole has been reportedly kidnapped inside a church auditorium in Akure, the Ondo State capital.

Following series of investigation, the suspect was arrested in Rivers state and was later charged before a Magistrate Court sitting in Akure on January, 20.

According to reports, Elike threatened Bisola, wife of the founder of the church on December 14, 2019 at about 11:30pm and also demanded for N800,000 as settlement before releasing the boy.

He allegedly threatened to kill the boy if he doesn’t receive the money.

Chief Magistrate Mayomi Olanipekun ordered that the suspect should be remanded at Olokuta Correctional Centre pending legal advice from Director of Public Prosecution.

The appeal of the suspect’s counsel, Isaac Adubazi for the admission of bail to his client in the most liberal term was ignored by the Chief Magistrate.

The case was subsequently adjourned till February 20, 2020.