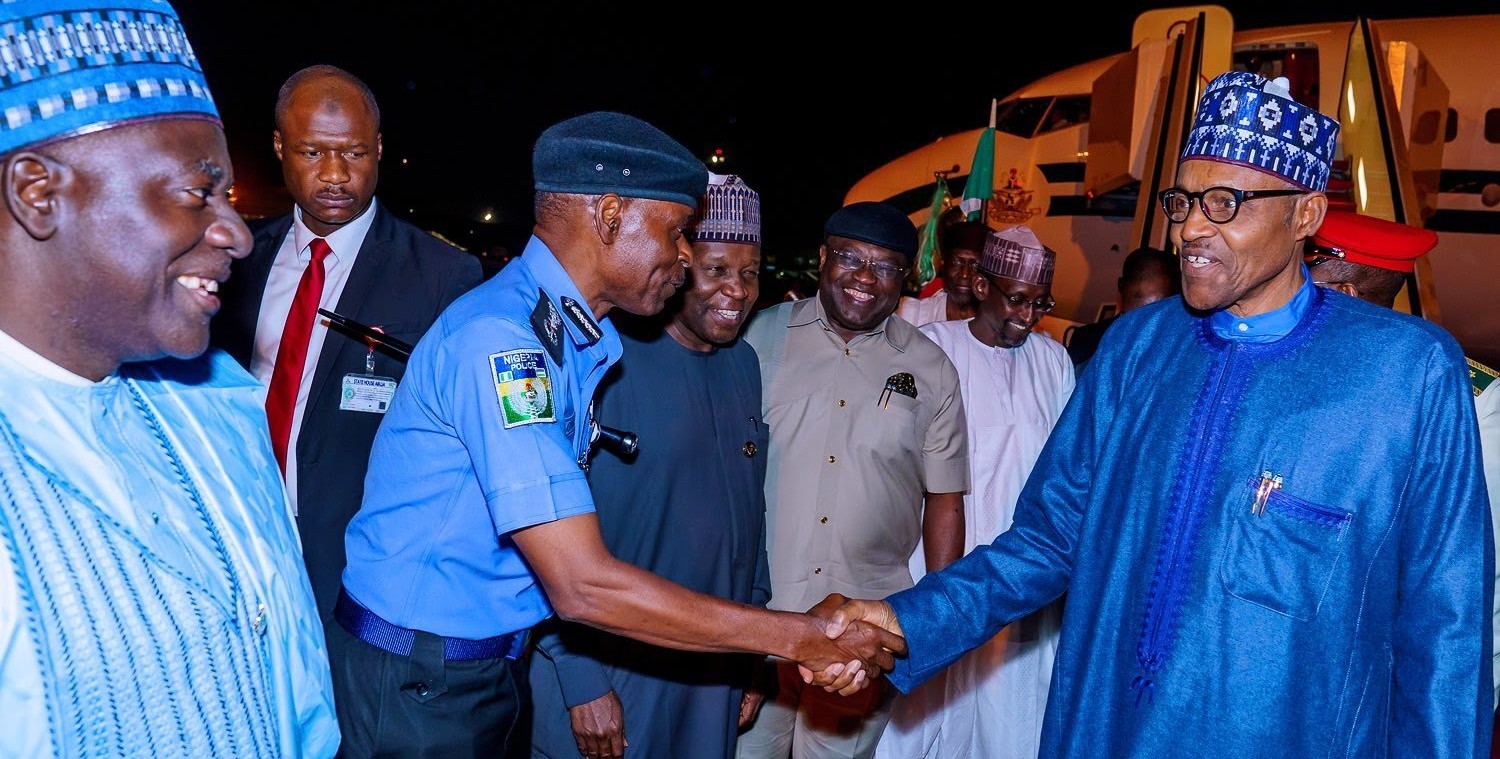 President Muhammadu Buhari has returned to Abuja after participating at the United Kingdom Africa Investment Summit in London.

He was received at the Nnamdi Azikiwe International Airport by his Chief of Staff, the FCT Minister, the Inspector General of Police, the Director-General of the Department of State Services, as well as other government officials.

During his visit to the UK, the President held a bilateral meeting with Prime Minister Boris Johnson.

He also met with Nigeria community in the Uk, including the world heavyweight champion, Anthony Joshua.