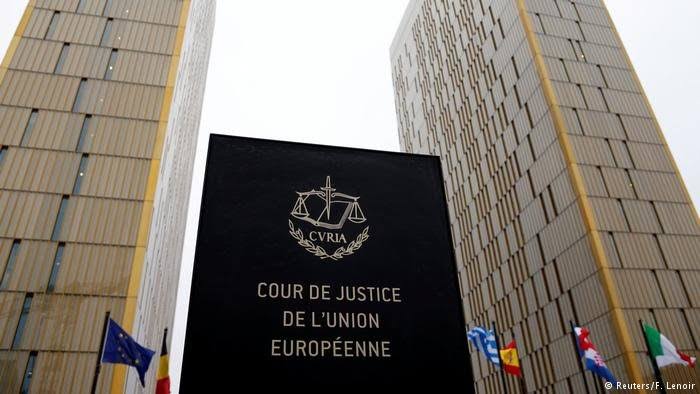 The European Union Centre for Human Rights Protection (EUCHRP) has commended the Nigerian government and military for making significant progress in its counter-insurgency operations.

The Centre made this known in an extensive report on the “ threats posed by Boko Haram/ISWAP, the response of the Nigerian State and plight of civilians”.

In the report signed by Executive Director, Stuart McGhie and released on Tuesday, the Luxembourg-based centre appraised President Muhammadu Buhari for ensuring Nigerians and Nigeria is safe from enemies within and beyond its borders.

The team of highly-skilled researchers took into account the origin of the Boko Haram/ISWAP sect, previous government’s efforts and how the current administration and military leadership led by Lieutenant General Tukur Buratai has turned the tide positively.

Among others, the group highlighted transparency in defence procurement; human right and obedience to rule of engagement; procurement of modern equipment as well as regional cooperation as the catalyst.

Notwithstanding these obvious gains, the European Union Centre for Human Rights Protection, however, urged the Nigerian government and military not to rest on its laurels.

The emergence of the Boko Haram sect could be traced to the activities of Mohammed Yusuf, who called for the reinstitution of sharia governing Muslim Empires, which existed long before the British Empire subdued it. He argued that the colonial administration had turned the area to anti- Islam, breeding amongst the people an un-Islamic lifestyle. He was quoted in a BBC interview saying that “There are prominent Islamic preachers who have seen and understood that the present Western-style education is mixed with issues that run contrary to our beliefs in Islam…” Hence the name “Boko Haram” used by media, Government, and the general public to refer to the group who took up a more radical approach at the death of its founding leader, Mohammed Yusuf, who died in prison in 2009.

The Boko Haram Sect, since then under Abubakar Shekau’s leadership, has evolved from fringe religious movement into one of the most lethal terrorist organizations in the world. The group has been linked and has claimed several terrorist attacks against the Nigerian state, and most back-breaking was the kidnap of over 200 girls (Chibok) from a boarding school on 14th April 2014 with President Goodluck Jonathan at the helm of governance.

The inability of the Government of the day to successfully persecute a counter-insurgency war against the sect highlighted the failures of the Jonathan government on the military front. More “high profile” attacks were carried out by the sect; several civilians and military personals were killed, civilians displaced, Chibok girls unreached, lots of monies spent, and many more stolen.

Available statistics indicate that Boko Haram was able to exert its authority and control over some areas of northeast Nigeria. They made Camp Zero in Sambisa forest a reliable defense, training, and command center for their operations. The importance of dislodging the terror group from their Sambisa hideout could not have been overemphasized. It was indeed a significant victory for the Nigerian military authorities, which struck a heavy blow on the capability of the sect.

Dislodging Boko Haram from the Sambisa forest was not a question of “should” but a question of “how” for the Nigerian military who faced a daunting task of wrestling the forest from terrorist control.

The policy and administrative arms of the military had been accused of being detached from the reality of soldiers on the frontline. Complaints from troops about inadequate supplies of equipment and poor welfare was nullified by the relocation of the military command center to Maiduguri aimed at centralizing operations close to the action, cut the bureaucracy and speed up decision-making.

These initiatives paid off evidenced in the fact that Boko Haram was not only dislodged from the Sambisa forest but were also continually retreated into neighboring countries. Since the launch of Operation Lafia Dole, Boko Haram’s capacity to attack territories outside Borno state has been limited. This is a great gain against a lethal and highly sophisticated group whose activities extended to the capital city of Abuja.

The Highlights of the War against Terrorism in Nigeria (2015-date)

To enhance transparency, the Nigerian military has since brought corrupt officers and officials to book and also recovered looted security funds. Due to the irregularities that took place in the defence spending, the National Security Adviser instituted a committee to investigate weapon procurement since 2007 to check irregularities that lead to the purchasing of sub-standard and unserviceable equipment.

The superior firepower of troops, especially those provided by the Nigeria military, has paid off significantly on the battlefield. A large number of terrorists have since been captured, some killed, and others have fled their hideouts. In a bid to strengthen trust and transparency in executing the war against terrorism between the military and the general public, the command center of Operation Lafiya Dole conducts media briefing on the progress and setbacks of the operation.

Before the emergence of Muhammadu Buhari as Nigeria’s President, the Multi-National Joint Task Force established in 1998 was a weak regional security set up that could not live up to its billings highlighted by the pull out of Chad and Niger in 2013 and 2014 (peak years of Boko Haram terrorism) and the overrunning of the MNJTF headquarters near Baga (Nigeria) by Boko Haram terrorist which was a massive blow on the regional security set up.

However, the regional cooperation was reviewed and revived in mid-2015 with headquarters at N’Djamena commanded by a Nigerian General through the diplomatic prowess of the President Muhammadu Buhari which permitted the execution of joint operations, planning, intelligence sharing and the temporal permission of Nigerien and Chadian troops to intervene in Nigerian territory in the Lake Chad area.

The Nigerian Government responded to the activities of Boko Haram by procuring modern equipment for the execution of the war against the sect. The procurement of modern equipment and weaponry lifted troop morale and, as such, impacted on the military gains against the sect. The Government also solicited and continues to solicit for international assistance in this regard.

In December 2016, the German Ministry of the defence supplied the Nigerian military with modern mobile medical units, several metal detectors, and counter-improvised Explosive Device and Explosive Ordinance Disposal. In the same year, during the African Union, Summit, Britain had committed 860 million Euros in foreign aid to Nigeria to boast her efforts against Boko Haram. Most of these donations have been judiciously spent on arms procurement, which has lifted troop morale. The Nigerian military, since the commencement of new procurement policy, got rid of sub-standard weapons and bad equipment.

Human Right and Obedience to Rule of Engagement

In August 2017, a presidential investigation Panel on Review of Compliance of Armed Forces with Human Rights Obligations and Rules of Engagement was instituted to “investigate, prosecute and punish all crimes under international law and other serious violations of human rights law, whether committed by Boko Haram, Nigerian military or the civilian joint task force.”

To ensure effective control of arbitrariness and lawlessness by military personnel, deliberate, unambiguous rules or directives that define the circumstances, conditions, degree and manner in which the use of force or actions which might be construed as provocative may be applied, are given out by competent authority to every soldier on internal security operation.

These rules are consistent, account for a variety of potential scenarios and the political and military aspects of a given situation. Such awareness and the penchant for the respect for human rights by the military leadership ensures that at all times, troops are aware of these rules before they are launched into the operational arena, and any violation is met with a severe penalty. By so doing, a lot of human rights abuses are being checkmated.

Security is a vital part of socio-economic development in Nigeria, that is why the Nigerian Government deploys every ounce of capability within her reach to protect her own, whether it is her territory, people, sovereignty or resources from potential and actual threats from fellow states, non-state and stateless actors such Boko Haram. The above report has shown that the Nigerian Government has made significant progress security-wise in the past decade, especially against insurgency activities in the North East region. It is on this note that this report recommends that the Nigerian Government should not rest on her laurels but continue to defend her citizens and territory from enemies within and beyond its borders.