Singer, Kelechi Orji, popularly known as Kelly Hansome is engaged to his heartthrob.

The ‘Maga Don Pay, Like Play’ crooner, has joined the list of celebrities who will be walking down the aisle this year as he has proposed to his girlfriend.

The singer who is based in the United States, but comes to Nigeria frequently, disclosed this on his Instagram page.

Kelly took his excitement to Instagram after getting a ‘Yes’, from his heartthrob. He shared photos from the proposal with the caption ‘She said Yes’. 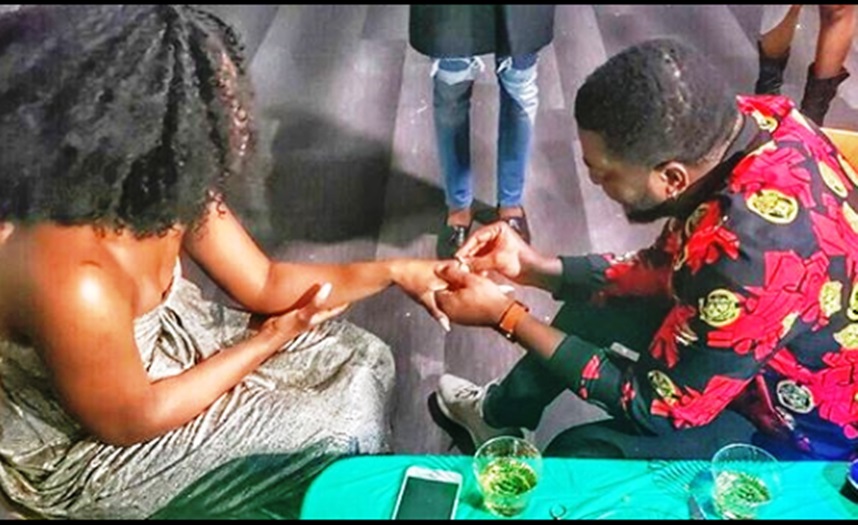