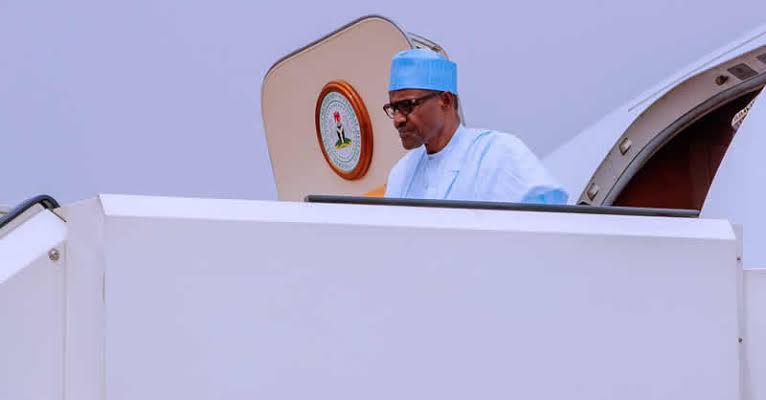 President Muhammadu Buhari on Wednesday arrived in Maiduguri, the Borno State capital, for a “sympathy visit.”

“12:45pm. President Buhari, aboard the BBJ from Addis Ababa just landed in Maiduguri. He is paying a sympathy visit to the government and people of Borno following the recent horrific incident in which BH terrorists killed several travelers,” Mr Shehu wrote.

It would be recalled that the Boko Haram sect attacked Auno in Borno where over 30 travellers were killed after their vehicles were stopped from entering Maiduguri after 5:00 p.m.

The Borno State Governor, Babagana Zulum who visited the scene of the incident, blamed the military for the attack.