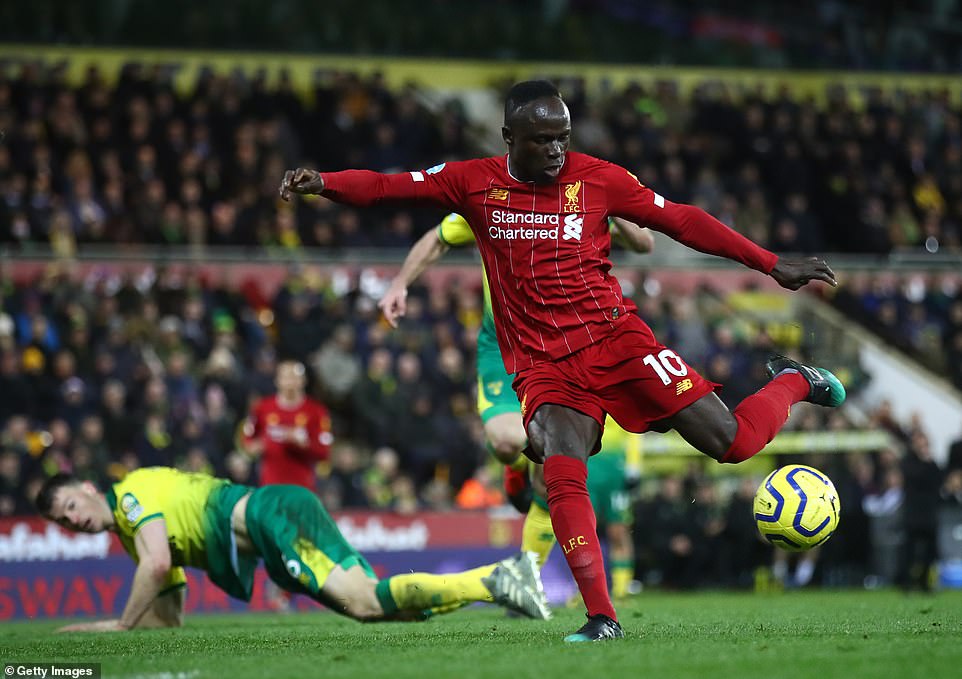 Liverpool moved 25 points clear at the top of the Premier League after Sadio Mane’s second-half goal secured a 1-0 victory at Norwich City on Saturday evening. Mane returned from injury to make a valuable impact in the game that seemed to be heading for a goalless draw, as he came off the bench to hit the late winner over Norwich City at Carrow Road.

Teemu Pukki had the best chance of the first half when he was set up by Kenny McLean only to see his effort smothered by Alisson Becker as Liverpool struggled to find a way past the Norwich backline.

But the Reds turned up the heat in the second half with Tim Krul forced to make a fine double save to deny Mohamed Salah and Naby Keita.

With Norwich up against it, Alexander Tettey hit the post with a snapshot from the edge of the box to warn Liverpool of the threat on the counter. Eventually, Liverpool’s pressure paid off when Jordan Henderson’s long ball forward found substitute Mane and the Senegalese forward fired home into the bottom corner.