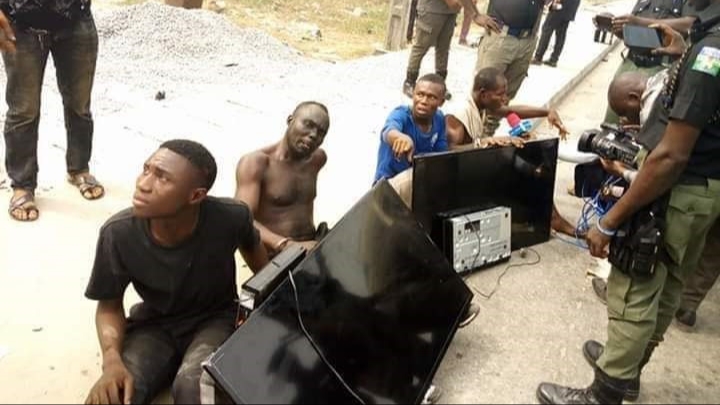 Following the attack targeted at Opolo, Yenagoa residence of the outgoing Bayelsa Governor, Seriake Dickson by angry protesters, some protesters suspected to be thugs have been arrested.

Recall that angry protesters suspected to be thugs stormed outgoing Bayelsa Governor, Dickson residence and looted his property during their protests against the verdict of the Supreme Court yesterday in Yenagoa, the capital of Bayelsa.

The suspected thugs were caught with Plasma TV sets stolen from the residence.