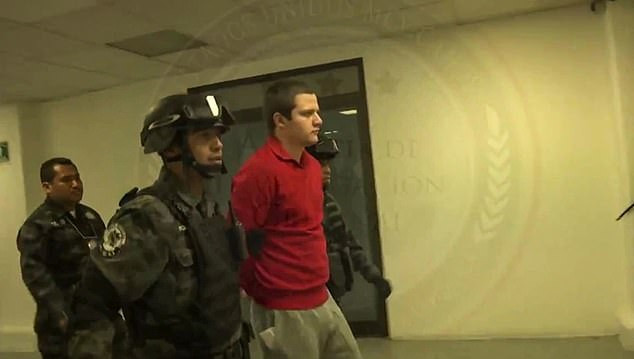 The son of a powerful Mexican drug lord identified as Ruben Oseguera Gonzalez has been extradited to the United States on Thursday over alleged drug trafficking.

WITHIN NIGERIA learnt that Gonzalez also known as “El Menchito, son of “El Mencho” Nemesio Oseguera Cervantes, the head of the powerful Jalisco New Generation drug cartel “was extradited on the charge of conspiracy to smuggle drugs” into US territory

The US-born was denied an appeal against his transfer to the United States, where he will be tried in federal court in Washington.

Ruben was arrested and released four times between January 2014 and August 2015 when he was finally imprisoned on charges of being number two in the Jalisco New Generation cartel.

The Mexican government estimates the Jalisco New Generation cartel has amassed a $50 billion fortune. The cartel has a strong presence in nine Mexican states and connections with criminal organizations in the United States, Europe, Asia, and Latin America.

Nigerian lady who was caught with “another man in her…

Back in 2018, the wife of the Jalisco New Generation drug cartel, Rosalinda Gonzalez Valencia, was arrested for drug-related cases.

According to the New York Times, the US Drug Enforcement Administration has a $10 million reward for information leading to the arrest of El Mencho.

11 days after China’s trip, US confirms 60-year-old woman infected with…