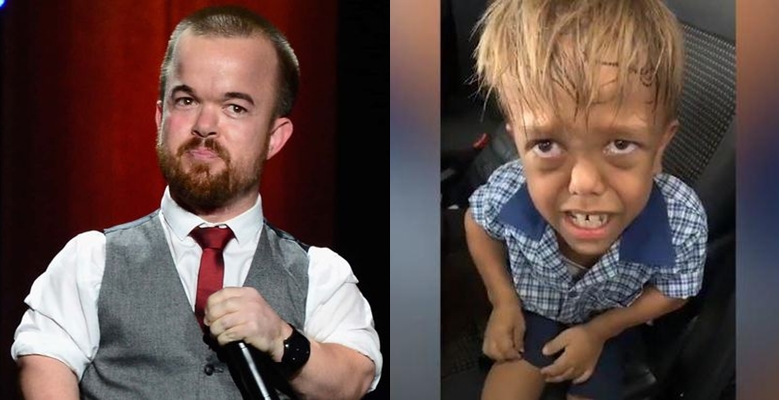 After, popular American stand-up comedian, Brad Williams raised $700,000 to send Bullied Quaden Bayles to Disneyland, the family have rejected it.

Last week, an online fundraiser, ‘Let’s send a wonderful kid to Disneyland’, was set up by US comedian Brad Williams, who also has dwarfism, after the boy’s mother shared an emotional video of him crying and saying he wanted to die after he was bullied at school.

The nine-year-old from Austrialia, who became a global sensation after the video went viral received an outpouring of support with more than 20,000 donors from across the world donating $723,000 to give Quaden’s family the special treat.

But it has now been revealed that Bayles’ family have turned down the trip, saying that the money should be donated to charity to help combat bullying and suicide.

‘What kid wouldn’t want to go to Disneyland, especially if you have lived Quaden’s life,’ his aunt Mundanara told NITV News.

‘But my sister said “you know what, let’s get back to the real issue”. This little fella has been bullied. How many suicides, black or white, in our society have happened due to bullying.

“How We Unknowingly Bullied Our Friend To Death”, Man Narrates

‘We want the money to go to community organisations that really need it. They know what the money should be spent on.

‘So as much as we want to go to Disneyland, I think our community would far off benefit from that.’