A video making rounds online shows a wife confronting her husband’s alleged side chic in a store.

Reacting to the video, OAP Daddy Freeze said the wife’s pain is understandable but said she should have directed her anger at her husband, rather than attack another woman who made no vow to be committed to her.

He added that women attacking their husband’s side chics happen because women see marriage as an achievement.

Although I sympathize with the woman whose husband allegedly Cheated…The pain of a woman cheated upon is deep… However, she should be guided… Hitting the alleged side chick is assault and battery and the lady could sue her.
–
Dear women, when I say marriage is NOT an achievement, you won’t listen. If the woman didn’t see marriage as an achievement, she would have directed her grievances through the courts. A dissolution of marriage instead of this embarrassment, would have done all the parties involved a lot more good.
–
Also, it seems the husband had a sexual preference, leading to needs that the wife couldn’t satisfy. If this were the case, how many side chicks does the wife want to beat in supermarkets??
–
Remember it wasn’t the side chick that walked the isle with you, it was your husband deal with him. 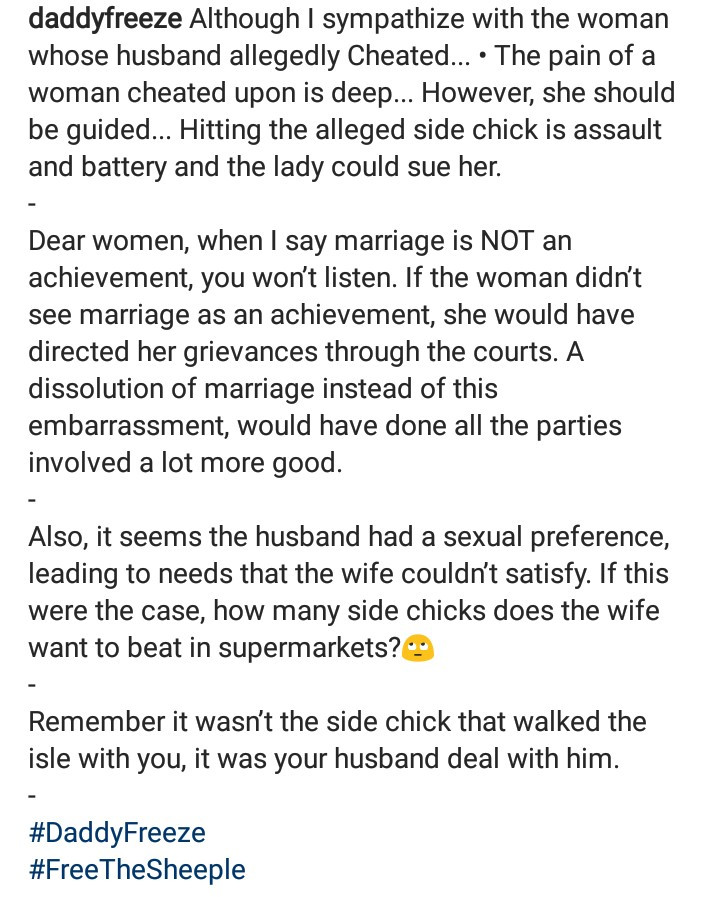