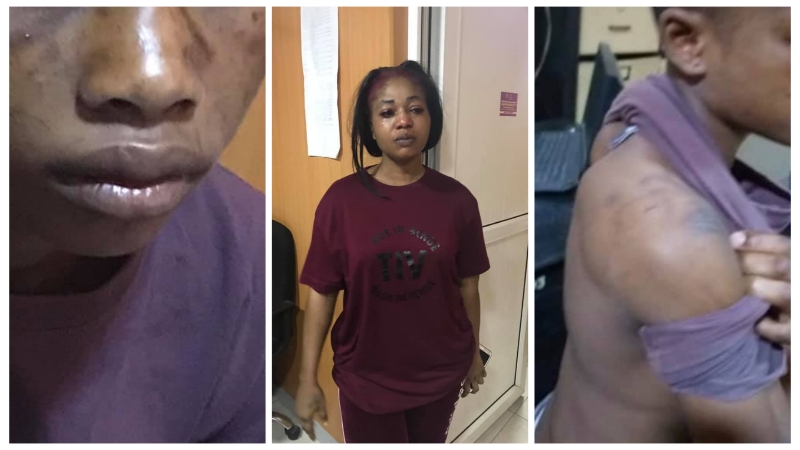 Photos of a woman who was accused of subjecting her 13-year-old child to long term physical abuse have surfaced on internet.

The incident was narrated by activist Josephine Effah-Chukwuma who uploaded the photos of the 13-year-old child and her mother online.

As at the time of filing this report, the location of the incident is still unknown but the woman has been reportedly detained by policemen

“I never knew a day will come when I will name and shame a woman for abuse. Unfortunately that day has come and it is today. The woman in this picture inflicted all the injuries on that child’s body. HER OWN BIOLOGICAL CHILD – a 13 year old girl. While she looks healthy, is bleaching, has false lashes on; and is wearing a matching Adidas sports trouser and a top, her child is lean and malnourished. The father of the child according to her is dead. A very wicked and evil mother this is.

Case has been reported to the police and she is going to be detained while full investigation commences.