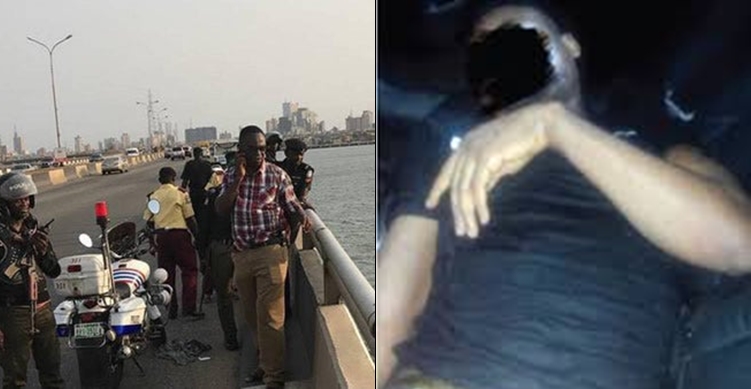 Uber passenger who was rescued after he jumped into the lagoon allegedly killed his girlfriend, police says

The real reason Uber passenger, Princewill David jumped into the lagoon, to commit suicide in February, 2020, has been revealed.

According to the Lagos State Police Command he did to escape justice after allegedly killing his girlfriend.

Recall that Princewill David, 28, who lives on Tajudeen Balogun Street, Igando, Lagos, ordered an Uber from his residence to Lekki on February 27, 2020. However, when the driver got to Third Mainland Bridge around 12am, David asked him to stop so he could ease himself.

The driver, who had heard of a man jumping off the bridge into the lagoon below days earlier, became suspicious. He drove to where some personnel of the Rapid Response Squad were stationed on the bridge and alerted them of what was going on.

Before they could get to David, he had jumped. However, he landed on some floating logs of wood on the surface of the water and was later rescued by the RRS personnel, the Marine Police Unit and some local divers.

When asked why he tried to commit suicide, he said he had been dumped by his girlfriend.

While parading some suspected criminals at the Lagos State Police Command headquarters in Ikeja, the state Commissioner of Police, Hakeem Odumosu, said that David had an altercation with his girlfriend and allegedly killed her in the process.

Odumosu said: “He had an altercation with his girlfriend and killed her in a hotel and went to jump into the lagoon to escape justice for the crime he committed.”