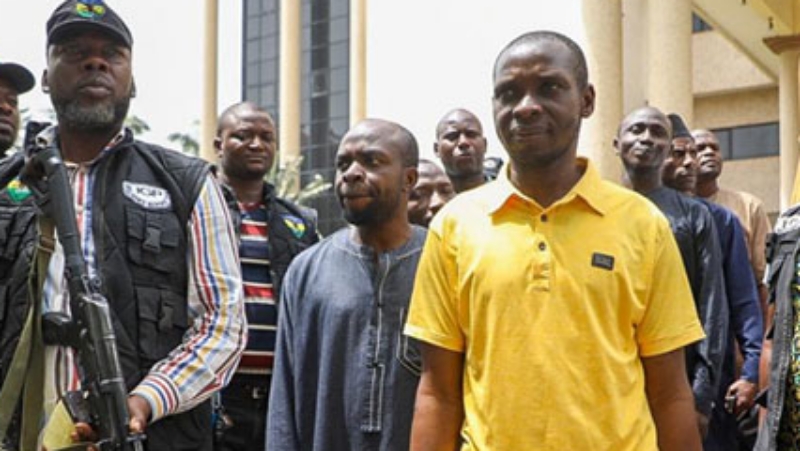 A notorious kidnap suspect identified as Bala Hamisu and 18 others have been arraigned by the Nigerian Police Force on Monday before Justice Binta Nyako of the Federal High court on charges bordering on terrorism, murder, kidnapping, and possession of illegal arms.

Recall that Mr Wadume was the ‘high profile’ kidnapping suspect who was arrested by the police in Taraba state on August 6th. Wadume who was rescued by some soldiers who opened fire on police team along Ibi-Wukari Road leading to the deaths of three policemen, a civilian and Wadume was eventually released then.

After his re-arrest, Wadume confessed that some soldiers rescued him after he was initially arrested.

Wadume alleged that the soldiers who rescued him, took him to an apartment in Kano where the handcuffs on his legs and hands were cut off.

But the Army has since denied the allegation of its officers aiding a kidnap suspect.

On Monday March 16, Wadume and his co-defendants were arraigned before the court.