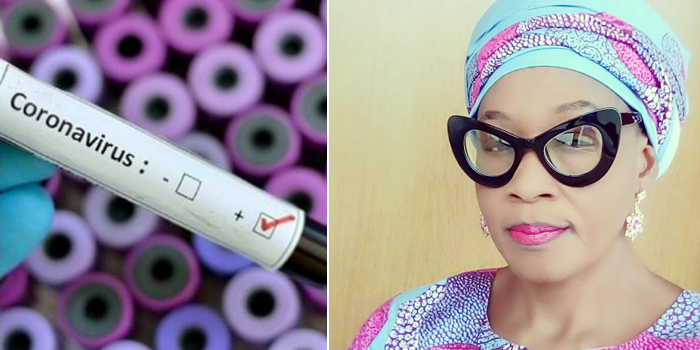 Nigerian investigative journalist, Kemi Olunloyo says Abuja could be a disaster zone for the Coronavirus pandemic which is slowly spreading across different states in Nigeria.

The award winning journalist stated this while reacting to a memo which affirmed that certain lawmakers in Nigeria are refusing to subject themselves to medical tests at airports.

“An internal memo was leaked to me as an Investigative Journalist which revealed that TWO LAWMAKERS in both house and Senate may have been EXPOSED to #CoronaVirus. This is a THREAT to NATIONAL SECURITY🇳🇬

I’m recommending the #NCDCgov to mandatory test all members of the national assembly ASAP!! Abuja could be a disaster zone soon. We need to flatten the curve and not have 100 people infected at the same time. This disease has entered US, Brazilian, Canadian, Burkina Faso and Iranian governments.

It has caused Positive carriers and even death. We need these same lawmakers to pass economic stimulus packages for Nigerians sent home not spread the infection. We cannot afford to shut down NASS! Airport’s SHUT DOWN NOW so no in and out anymore.”

Meanwhile, Kemi Olunloyo was the first to raise an alarm over a Nigerian celebrity who attended the 2020 AMVCA with Coronavirus symptoms.

American singer, Pink and son test positive for Coronavirus, slams US government for…