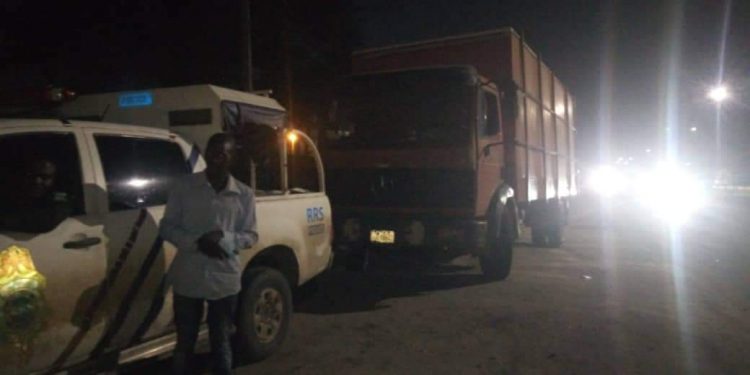 WITHIN NIGERIA learnt that a truck with registration number GGE886XB was said to have knocked the commercial buses around 11:48 pm at Berger on the outbound lane of Lagos-Ibadan Expressway.

Despite knowing it caused an accident and left people dead, the driver with his motor boy were said to have sped off without a care.

It was gathered that the full capacity buses were grounded with most of the passengers in pain and helpless.

Fortunately, a motorist plying that route who saw what happened, it was learnt, notified RRS men on patrol along that stretch who called for back up.

According to the police, a team stood by to assist the victims while another raced after the truck which was caught up with in front of Mountain of Fire and Miracles Ministry Camp, Ibafo, Ogun State.

“Just before the truck was brought to a halt, the truck boy, jumped out and escaped into the bush. The driver was arrested and brought back to the scene of the accident with his truck.

Coronavirus: Customers are avoiding us, Commercial sex workers cry out in Delta