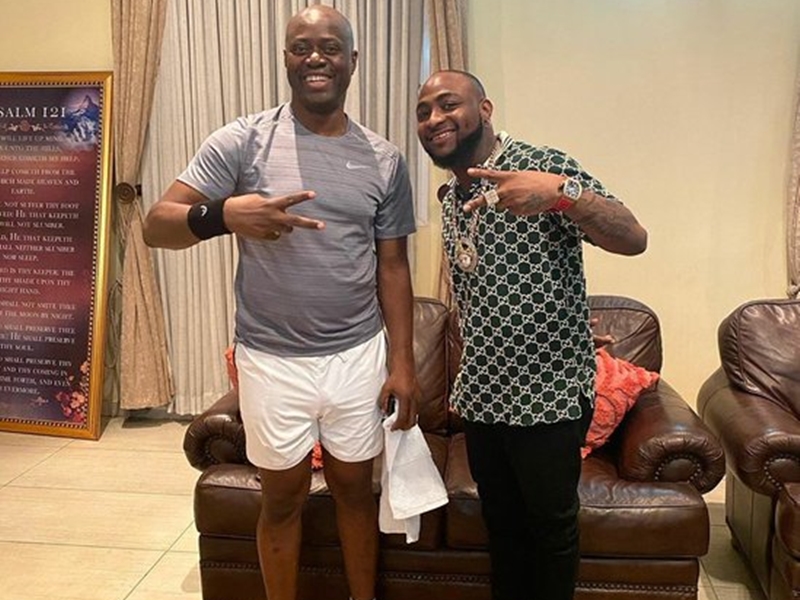 After Governor Seyi Makinde disclosed that he has tested positive for coronavirus, Nigerians have beckoned on singer, Davido who previously tested negative  to the virus, to run the test again.

Recall that the singer who after returning from USA, was spotted with the governor during and after the PDP rally, which held in Ibadan days ago.

And sometime after the rally, his fiancee, Chioma tested positive while he was negative. And just yesterday, Seyi Makinde turned out positive as well.

Following the Oyo State Governor’s unexpected positive status, after Davido’s close contact with him, Nigerians have taken toTwitter, to call on the popular music star to undergo the test again to be sure he is free from the virus.

Here are some tweets below;