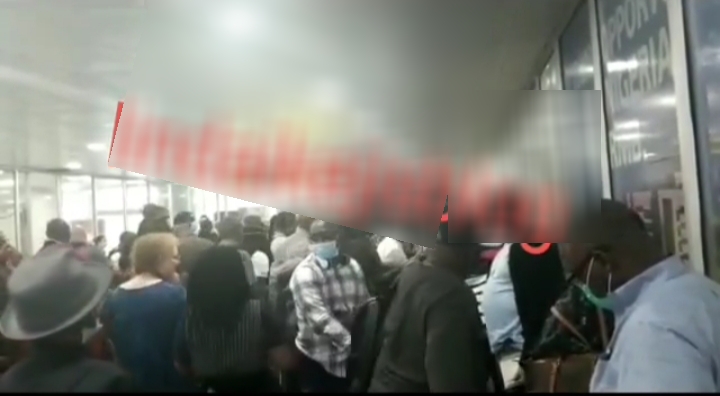 The evacuation of nationals from Nigeria has been cancelled by the United States of America, leaving citizens disappointed after they had waited hours at the Lagos Airport.

WITHIN NIGERIA learnt that American nationals in Nigeria arrived at the Murtala Mohammed International Airport Lagos early, waiting to be evacuated on Friday morning.

In spite of the Coronavirus pandemic and risk associated with close proximity poses, the American nationals were kept waiting for hours in a room filled beyond its capacity and also the process involved in the evacuation was not organized.

While speaking to newsmen, an American national disclosed that “there were about 600 people waiting together in a room that should contain only 200 people and there was no form of organization.”

According to the source, they were informed several times that they were bringing planes owned by “Ivorian airlines” to evacuate them from Nigeria but the flight “was cancelled several times and were not forthcoming.”