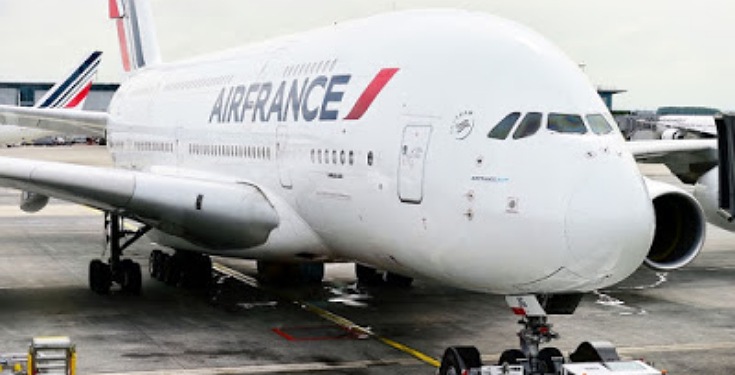 An aircraft operated by Air-France KLM on Thursday arrived at the Murtala Muhammed International Airport, Lagos to evacuate some European nationals from Nigeria.

It was gathered that the flight, which also left the same day, got special approval from the Ministry of Aviation for the exercise.

The management of the Murtala Muhammed International Airport, Lagos, through its Twitter handle @LOSairport, had on Thursday afternoon tweeted that there would be a special repatriation flight and that the aircraft would come in from Cotonou, Benin Republic, for the operation.

A letter of approval from the ministry dated March 26 and obtained by The Punch, showed that there would be similar flights on April 2 and April 9, 2020.

The ministry however ordered the airline to operate strictly based on the protocol guiding such operations under COVID-19.

It was gathered that the pilot and crew were not allowed to disembark and that after facilitation, the nationals were escorted to the aircraft to board.