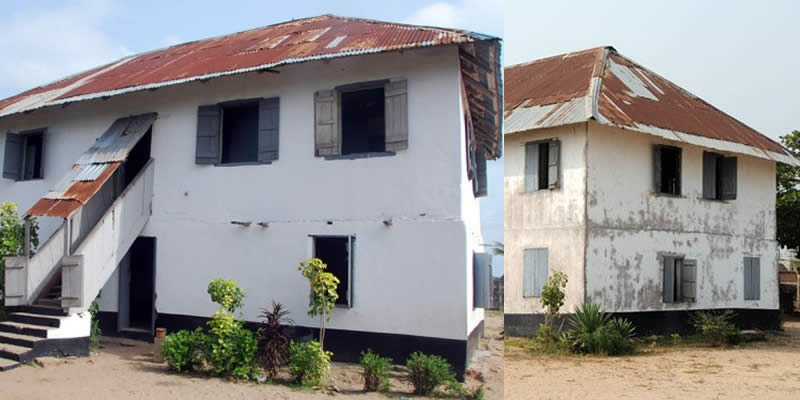 The first storey building in Nigeria in Badagry, Lagos State, recorded a drop in the number of visitors between January and June this year, according to its curator, Daniel Hodonu.

Hodonu told the News Agency of Nigeria on Wednesday that 5100 tourists visited the historic house from January to June this year compared with 7433 recorded same period in 2017.

He said that reduction in tourists that visited the 172-year-old structure in 2018 was due to the deplorable state of Lagos – Badagry expressway leading to the ancient city.

NAN reports that the foundation of the building was laid in 1842 and was completed in 1845.

“The major factors that discourage the visitors from coming is bad road and the bad economic situation of the country.

“The road that leads to Badagry is not motorable; motorists and passengers spend between four and five hours in gridlocks while coming to the town,” he said.

Hodonu said that the building continued attracting more tourists because of proper maintenance and the ability to preserve its originality.

“We are certain that the statistics will increase in the other half of the year due to the historic nature of the site and the willingness of people to always visit,” he said.

He said that most of the tourists that visited the site were pupils from private schools, telecommunication companies and tourists from outside the country.

Hodonu urged Nigerians to imbibe the habit of visiting various museums and monuments in the country in order to boost domestic tourism.

He urged the Federal Government to assist in giving the building a facelift.

“Most of the buildings that were built along with the first storey building had collapsed due to lack of maintenance.

“Kitchen, toilet, bathrooms, the first church and the boarding house for students had collapsed due to lack of maintenance,” he said.

The First Storey Building in Nigeria is being managed by the Anglican Church, Badagry.

5 supercool prewedding pictures we’ve had in 2018 so far

Ooni announces discovery of another waterfall in Ife