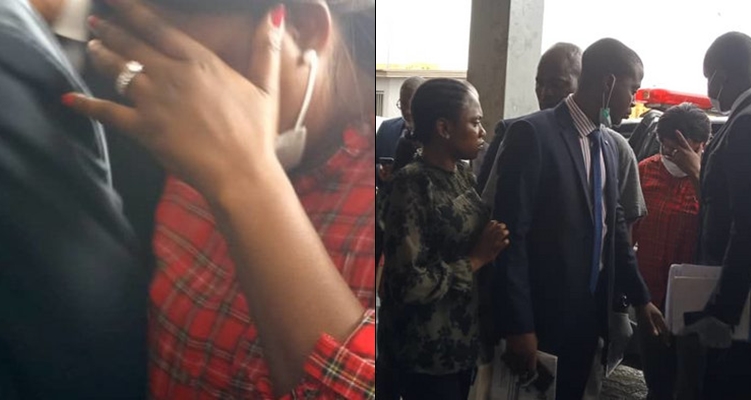 Barely few minutes after the sentencing of Funke Akindele and JJC Skillz, some Nigerian celebrities have called for the arrest of some journalists and security operatives.

During the arraignment of Funke Akindele and JJC Skillz, for violating a lockdown order on public gathering, some policemen and journalists were spotted swarming around the actress.

Recall that Within Nigeria reported that the couple were handed a fine of N100,000 each and also sentenced to 14 days community service, three hours per day excluding Saturday and Sunday. A development that brought security operatives and some journalists together, which was captured on camera.

Reacting to the video which emerged after Funke Akindele and JJC were arraigned, some Nigerian celebrities accused those spotted in the video of violating the social distancing policy and ban on public gathering of more than 20 people.

@funkejenifaakindele and @jjcskillz allegedly arrive court. Where is the social distancing in this video? I’m struggling very hard to find it. – Isn’t this the same issue she was picked up for? – Should she be punished for breaking the law, YES! But what happens to those who are flouting the rules in this video? – She did wrong and has acknowledged and apologized. She must have learnt her lesson, please let’s temper justice with mercy. – I pray for Yahushua’s forgiveness and mercy upon us all, in this very rugged year! ~FRZ – #DaddyFreeze #FreeTheSheeple #ThisYearGoRuggedO

Ok the Bello’s @funkejenifaakindele n @jjcskillz are being persecuted for breaking the law. Correct they shld be persecuted but ejor making a show at this extremely delicate n sensitive time of a pandemic is what I don’t understand. Are these people not more than 20?
Where’s the practice of social distancing? Whose breaking the law now?
Shldnt everyone in the video or the gatherer of the gathering be persecuted as well? tori eleyi o ye mi o.
Everyone in this video should be rounded up and put in isolation. Government risking people’s lives, just to show they are working. Ko buru!
Which way Nigeria ??
Naija n show off mentality
The guilty judging the guilty!
Social distancing
Face mask
Stay home to stay safe
Covid-19 spread
@jidesanwoolu pls sir look into this ! 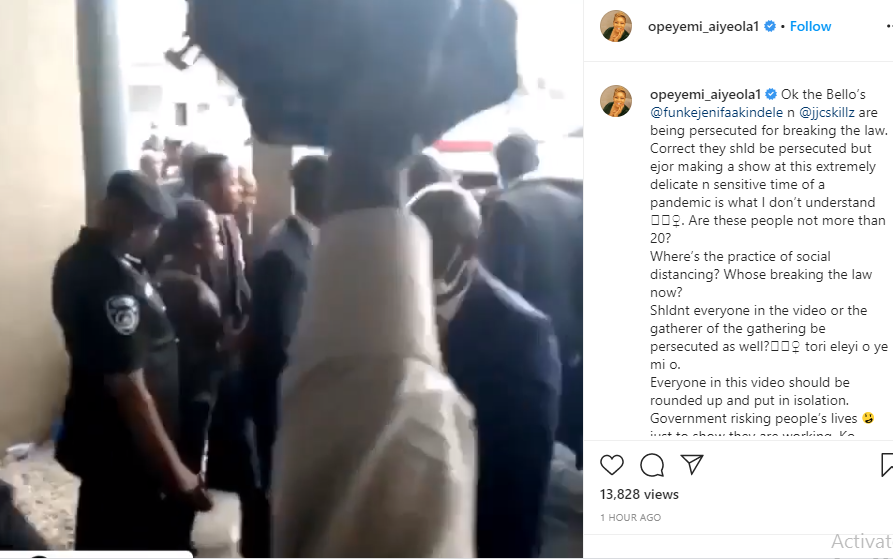 Funke Akindele in court!!! Wait, isn’t this the exact same reason she was arrested ?
Who will arrest those in this video now? 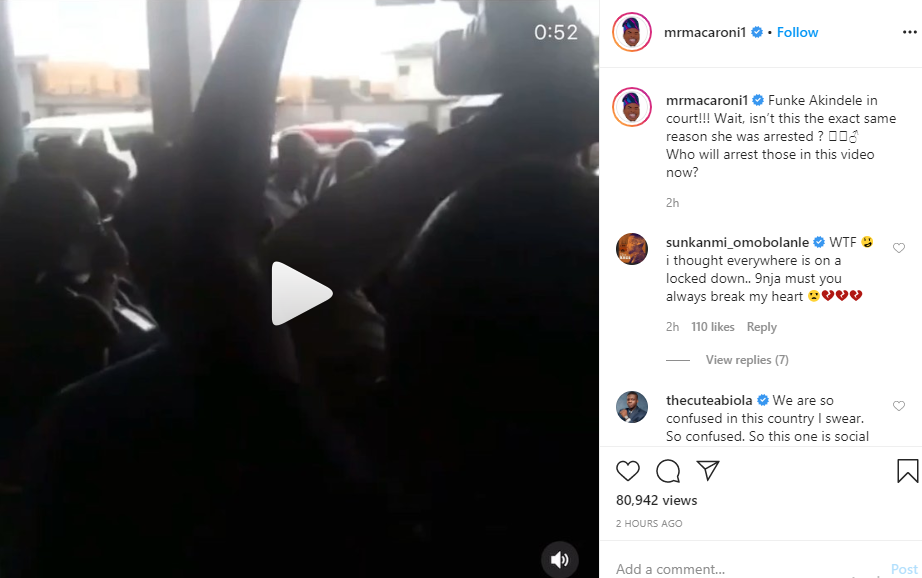 Imagine being prosecuted for breaking a law only to be surrounded by a swarm of people breaking the exact same law. Weird times! Break the law to enforce it? Smh!

What happened was wrong no doubt, however, we’re all humans and no one is perfect, .
So on her behalf & hubby I apologise once again
.
It’s going to be ok dear, stay strong @funkejenifaakindele @jjcskillz this shall pass ..
.
Moreover, I will like to bring to your notice sir, that everyone most especially the media personnel who went to court today on this issue should all be quarantined bcos there was no social distancing in display. Thank you sir @jidesanwoolu 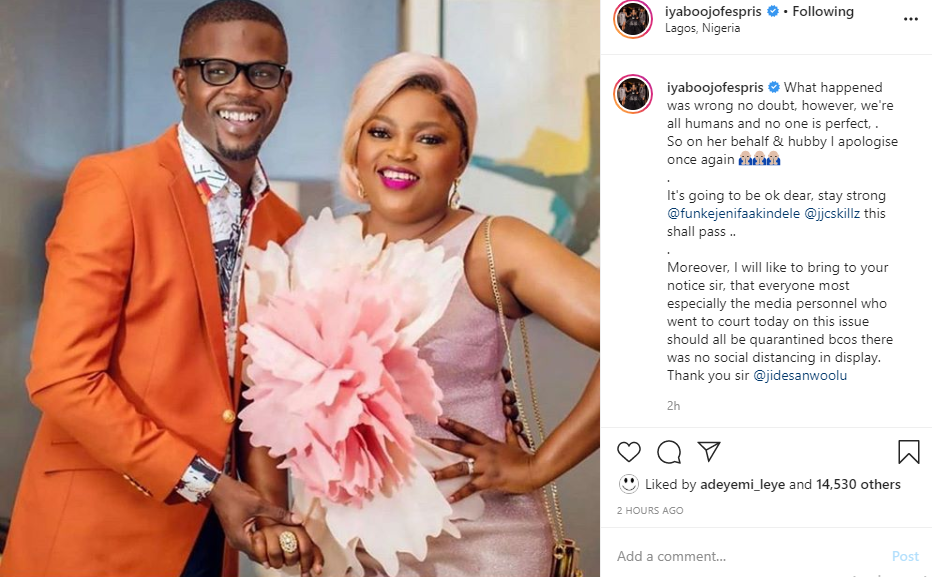