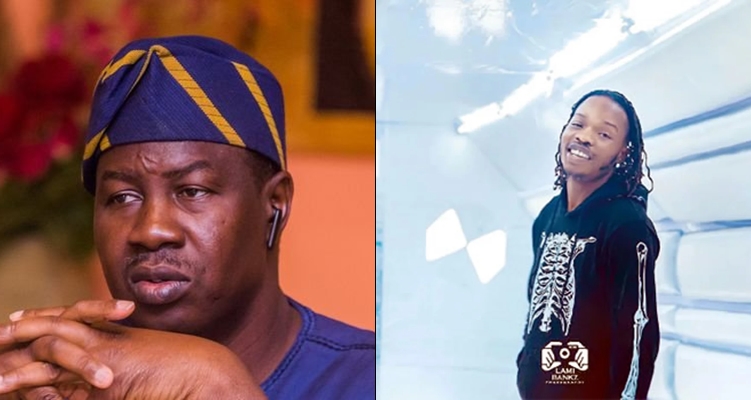 Lockdown Violation: Arraignment of Naira Marley, Gbadamosi delayed due to the Coronavirus pandemic

Following the unfortunate sentencing of popular actress, Funke Akindele and her hubby, JJC Skillz, after they violated lockdown order, an indefinite delay has trailed the arraignment of their accomplice, Naira Marley and Gbadamosi due to the Covid-19 pandemic.

This is coming after the Lagos State Police command has said that no date has been fixed yet for the arraignment of singer Naira Marley and former governorship aspirant in Lagos State, Babatunde Gbadamosi and his wife.

Recall that Naira Marley and the Gbadamosi reported themselves to the State Criminal Investigation Department SCID on Monday after they were invited for their alleged violation of the Infectious Disease Regulation of Lagos state when they attended the birthday party organised by actress Funke Akindele and her hubby, JJCSkillz over the weekend.

Funke and her hubby were arraigned before the Ogba Magistrate court on Monday April 6th for flouting the social distancing order of the state government. They were sentenced to 14 days community service and ordered to pay N200, 000 fine. They were also ordered to immediately go into 14 days isolation to determine if they might have contracted the novel Coronavirus.

Spokesperson of the police command, Bala Elkana, who confirmed the delay in Naira Marley and the Gbadamosi’s arraignment, said no court would be opened in the state today due to the Covid-19 pandemic.

“I don’t know who proposed today. They will be arraigned, but no court is sitting today. Courts don’t sit today. They have days they sit now because of this Coronavirus. They sat yesterday (Monday), the next sitting will be tomorrow (Wednesday).” he told The Nation

A top official of the Ministry of Justice, who spoke on condition of anonymity to The Nation, said some Magistrate Courts in the state only sit on Mondays, Wednesdays and Fridays, between 10am and 1pm following a March 30 directive from the Chief Judge, Justice Kazeem Alogba, in the wake of the COVID-19-induced lockdown. He hinted that the proposed arraignment of Naira Marley and the Gbadamosi’s would take place on Wednesday April 8.