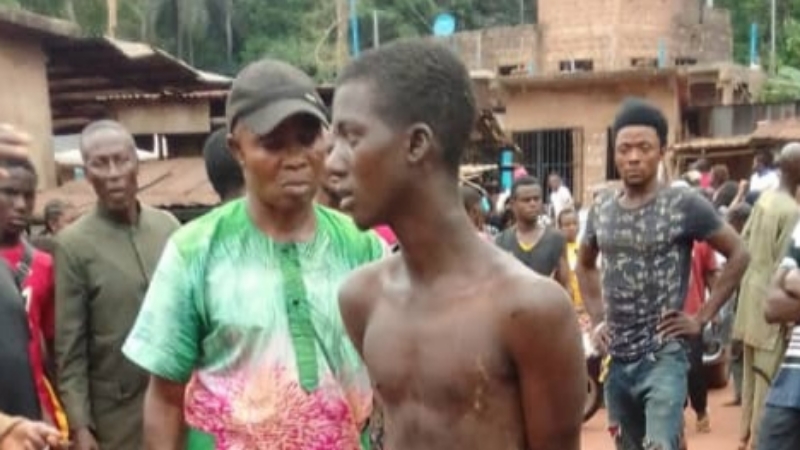 Police in Enugu state have arrested a young man from Jalingo, Taraba state for allegedly raping a 68-year-old woman in Enugu.

According to report, the victim and another woman had gone into the farms to pick cashew nuts when they were allegedly attacked by the Mohammed. He allegedly used a stick to flog them.

It was learnt that one of the women escaped and ran to alert the villagers who came out to the farm in their numbers.

Mohammed was still on the farm when they arrived and they beat him up. He would have been lynched if security operatives had not intervened.

The villagers allege that Mohammed raped the 68-year-old woman before they arrived. They also accused him of being a Fulani herdsman.

According to an eye witness identified as Chikeokwu, the women were attacked by three men but only Abba Kyari Mohammed was caught.

He added that he was drinking at a pub opposite the police division at Umulungbe when the suspect was brought to the police.

He said: “The rape victim is from Lett Village. They were two in the farm when the herdsmen attacked them. One of the women ran away.”

He added that the woman left on the farm “was in a pool of blood when she was rescued.”

The eye witness also claims that the leaders of the Fulani herdsmen camping in the community were summoned. However, they denied knowing the suspect and claimed that he and his gang, who were at large, might have sneaked into the community.