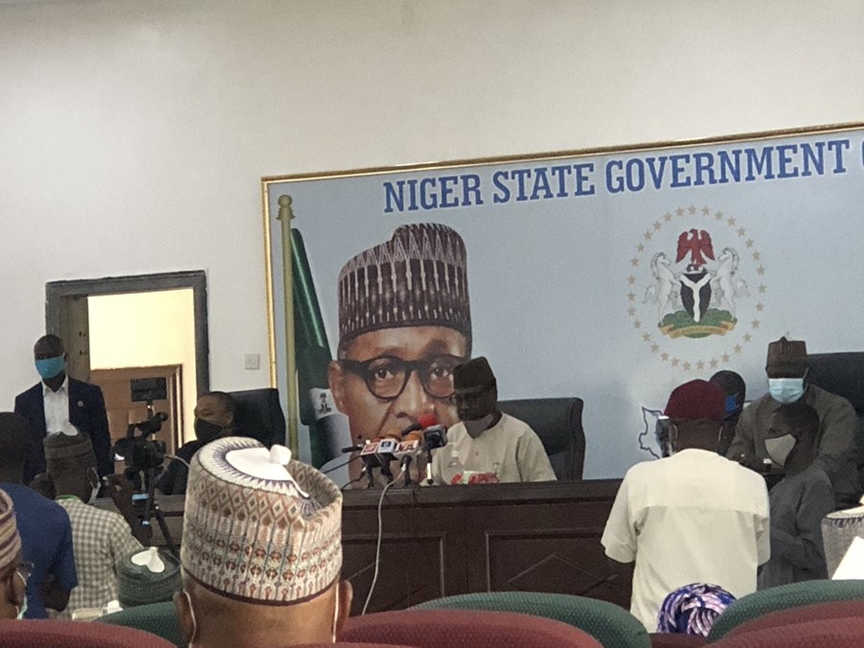 The wearing of face masks in Niger state, Nigeria, has been declared as mandatory.

Niger state government made this known after he flagged off the commencement of wearing face mask in the state.

Governor Abubakar Sani Bello who disclosed that over 300,000 face masks have been locally produced and available for free distribution, stated that anyone found outside their homes without face masks would be arrested.

“While face masks cannot fully prevent someone from becoming infected with COVID-19, it would go a long way preventing people from spreading the disease to others.

“Anyone found outside his house without a face mask will be arrested by security agents. They [security agents] have been mandated to enforce this directive.”

Similarly, Lagos State Government has declared that it may commence enforcement of wearing of face mask in public places from next week.

Gov. Babajide Sanwo-Olu made this known on Monday while giving an update on the COVID-19 at the State House, Marina.

Sanwo-Olu said that one million locally-made face masks had been contracted to tailors and would be distributed during the week.