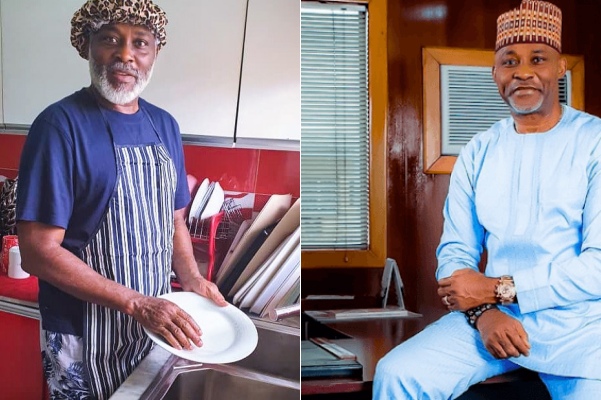 Veteran Nollywood actor, Richard Mofe Damijo popularly known as RMD took to his social media page to advocate for gender equality both in the work place and at home as he revealed how his mother brought him up as an only child.

The 58 year old model and business man said his mum taught him to do all chores and so it is strange to him, seeing women do chores alone.

Being an only child, I was raised by my Mom to do all chores, so the issue of only the wife (woman) should cook, clean, wash might be alien to me but I know it is not to most men, which is why today I join my voice to the #HeForShe campaign and remind our men that #GenderEquality is not just in the workplace but at home. We can find a good balance between office work and house chores, especially during this lockdown period.
I challenge my friends @bankywellington
@Delemomoduovation
@officialbovi
@aycomedian
@Alibabagcfr
To do the same and tag me @mofedamijo and @HeForShe using the hashtags #HeForShe #GenderEquality #HeForSheAtHome
#HusbandMaterial
We are in this together #RmdSaysSo