by Ashimedua Adebiyi
in Entertainment
Reading Time: 2 mins read
0 0
A A
0

Following the arrest of music director, Clarence Peters, over the death of popular dancer, Kodak, a crew member, known as Melvn, who claimed to have witnessed the death of the vixen, has given full details of her demise and exonerated Clarence Peters.

According to Melvn, Clarence Peters wasn’t present when she died and the incident didn’t happen in his house, it happened in the studio.

Recounting the events that led to her death, Melvn began his narration by warning against the use of metal phone back cover.

The crew member said, kodak also called love divine (LD) was charging her phone which had metal back cover and she was trying to use a metal socket while her body was sweaty with no shoes, suddenly they heard a bang which got them curious.

“We looked back to see what happened and saw a spark on LD’s phone lying on her chest, we rushed to her to see that she had been electrocuted” The eyewitness said.

“We carried her somewhere safer, tried to revive her, she was responding with gasps, her colleague was calling her name, I went out to call for help, then Clearance was notified”

“After first aid, we carried her in a car and went to hospital in the estate, they wouldn’t even open gate”

“We moved to another hospital, finally, doctor came and checked her and said she was dead….” 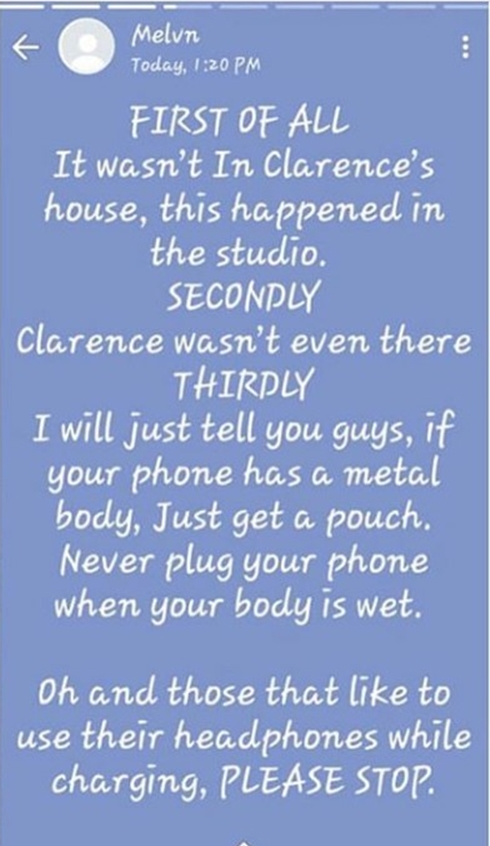 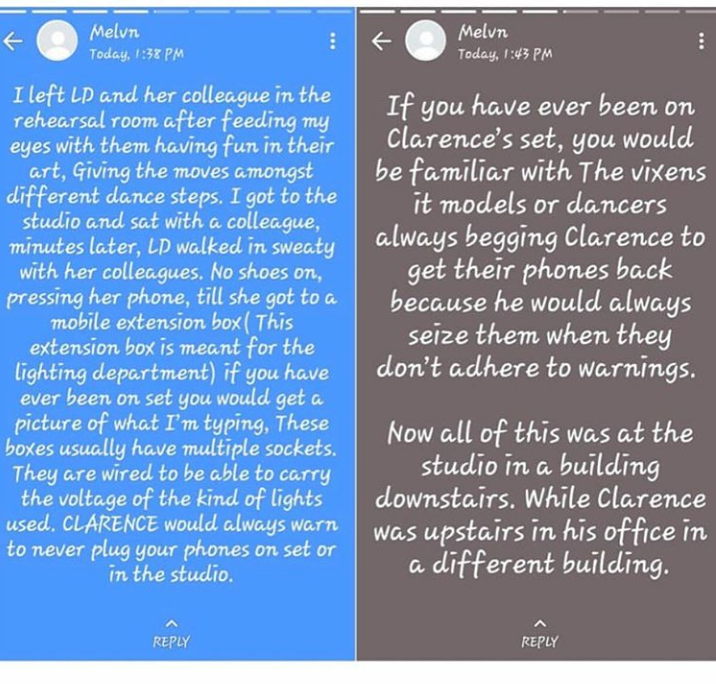 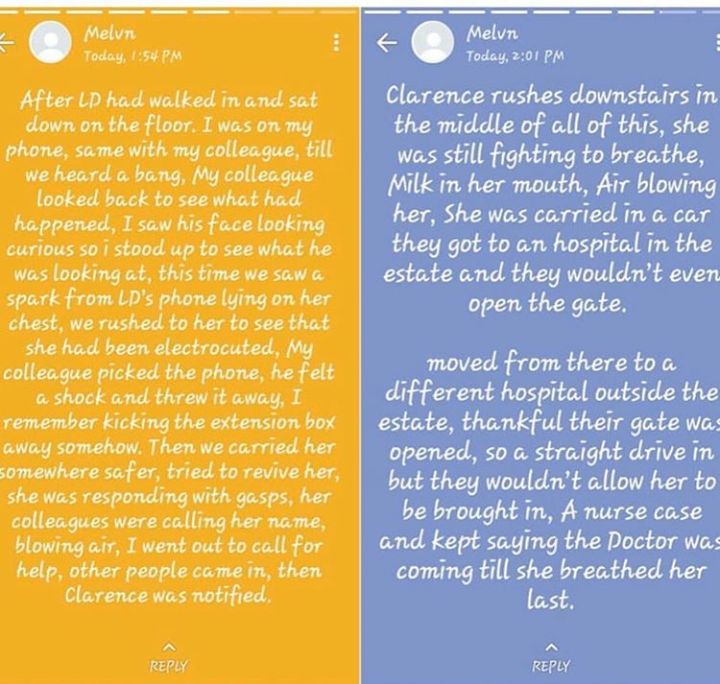 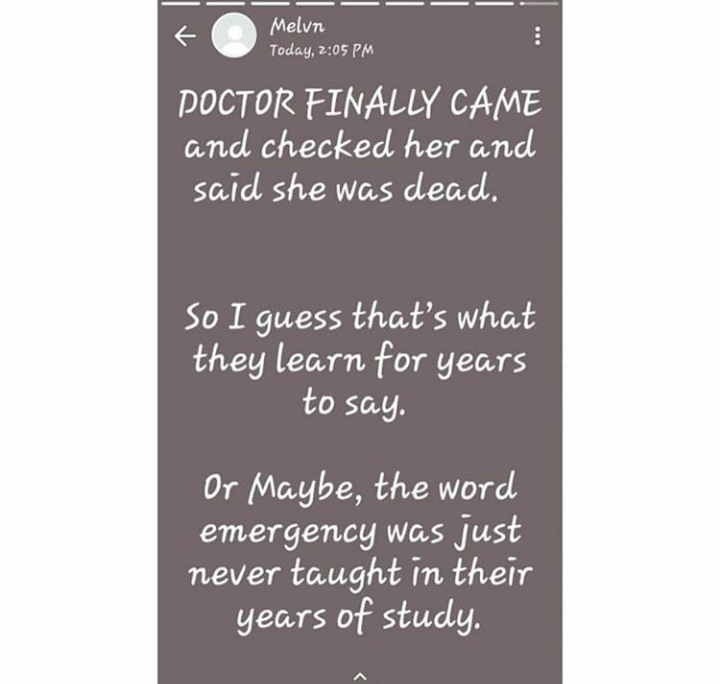 BBNaija: List of Housemates Bribed By Biggie To Cause Serious Drama