“Justice is dead” Lady cries out as 18-year-old girl suffers mental trauma after being drugged,raped by 5 men

“Justice is dead” Lady cries out as 18-year-old girl suffers mental trauma after being drugged,raped by 5 men

The Nigerian police has been called out for allegedly perverting the course of justice after an 18 year-old girl was reportedly drugged and gang-raped by 5 of her male friends in Narayi, Kaduna.

A Twitter user, identified as Damilola, who shared the story online, revealed that the victim had to be placed on drip after her ordeal while two of her alleged rapists were put in jail. However, the other three are allegedly being hidden and protected by their families.

Calling for justice, Damilola claims that parents of the suspects are trying to withdraw the case and are offering to pay money for it to be swept under the rug.

She also alleged that the Nigerian police have been extorting money from the victim’s family and the case has been dragging on for weeks.

According to other Twitter users who claim they know the victim personally, the rape has left her so traumatised that she displays signs of mental health issues. She has also been fainting a lot since she was raped weeks ago.

But, Rapper/activist Ruggedman has taken up the case and announced that he has informed “Human Rights Defenders”.

Below are tweets narrating the incident. 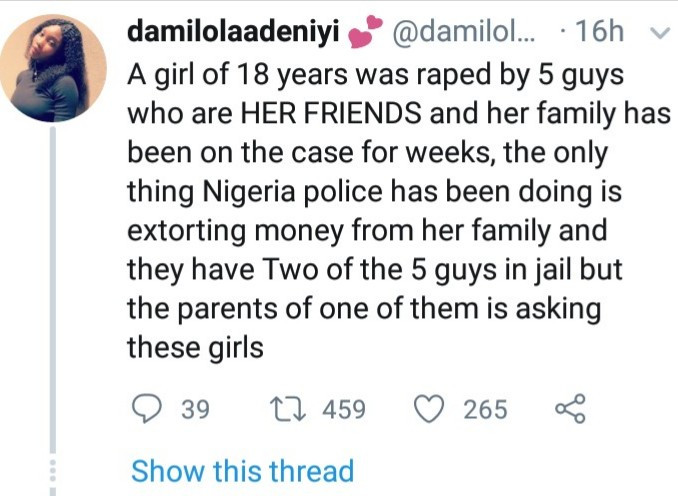 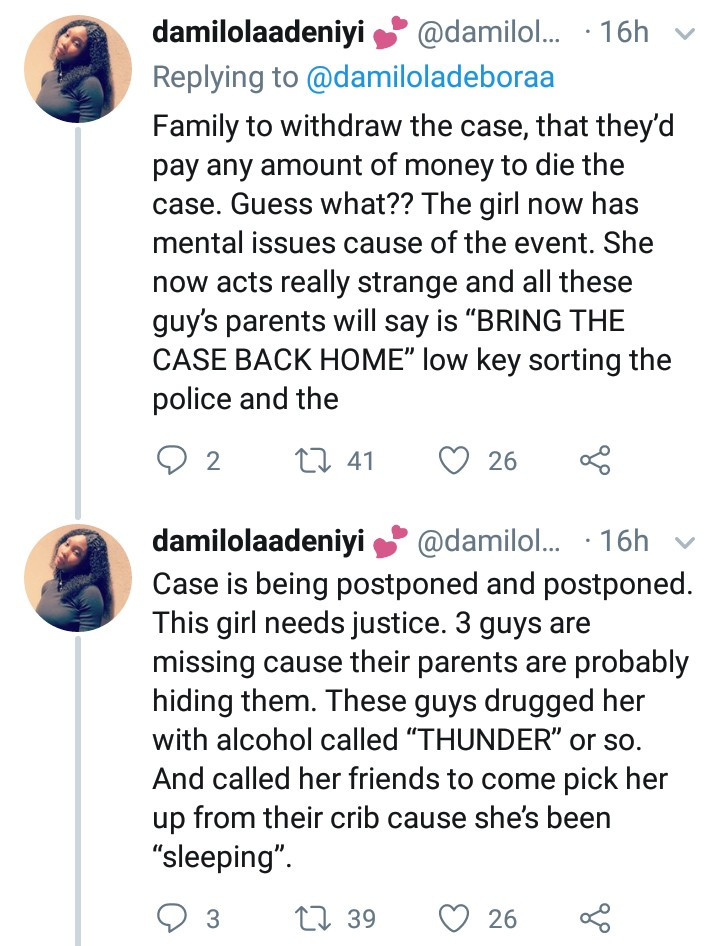 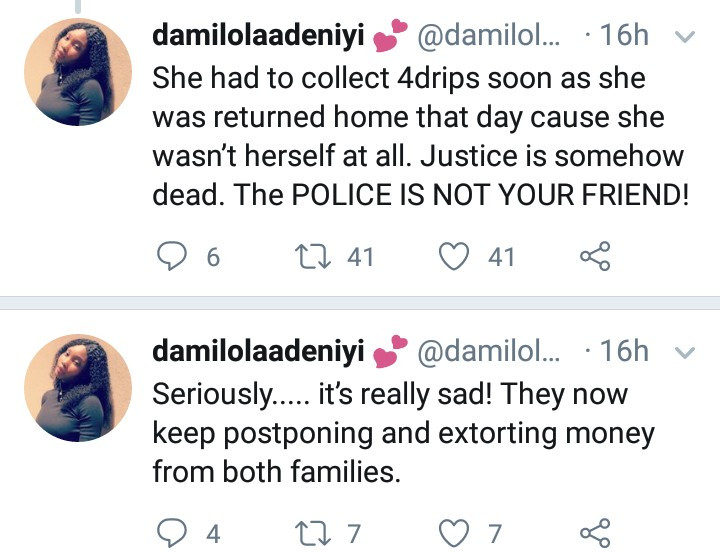 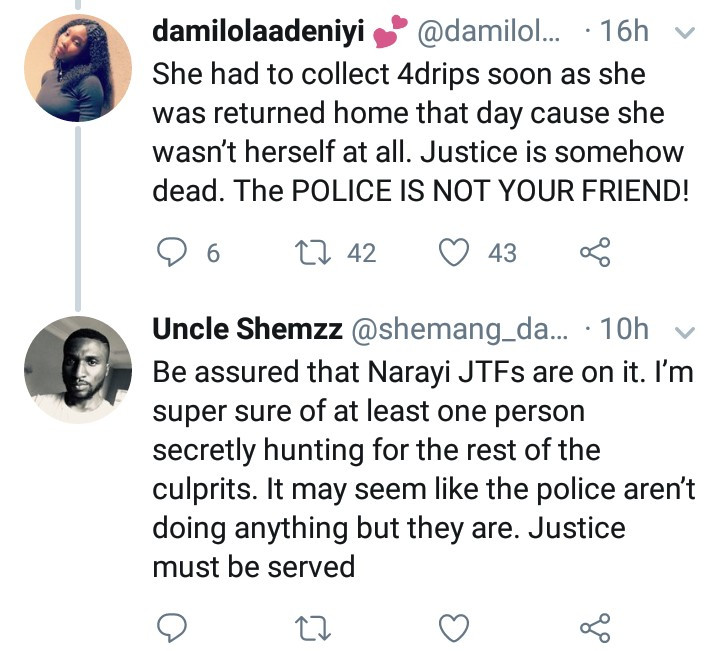 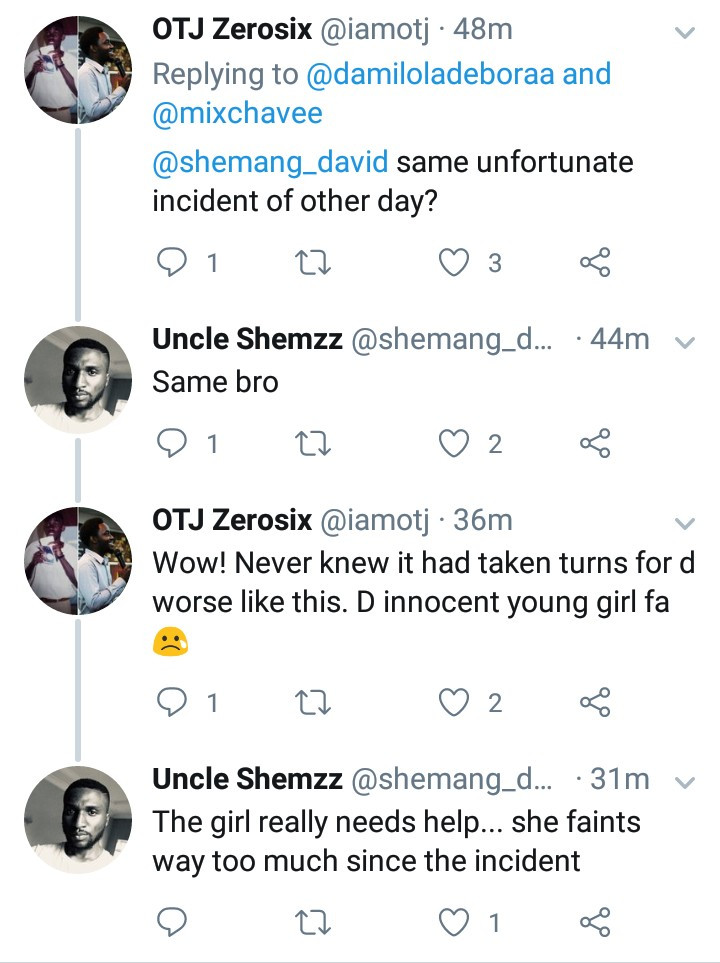 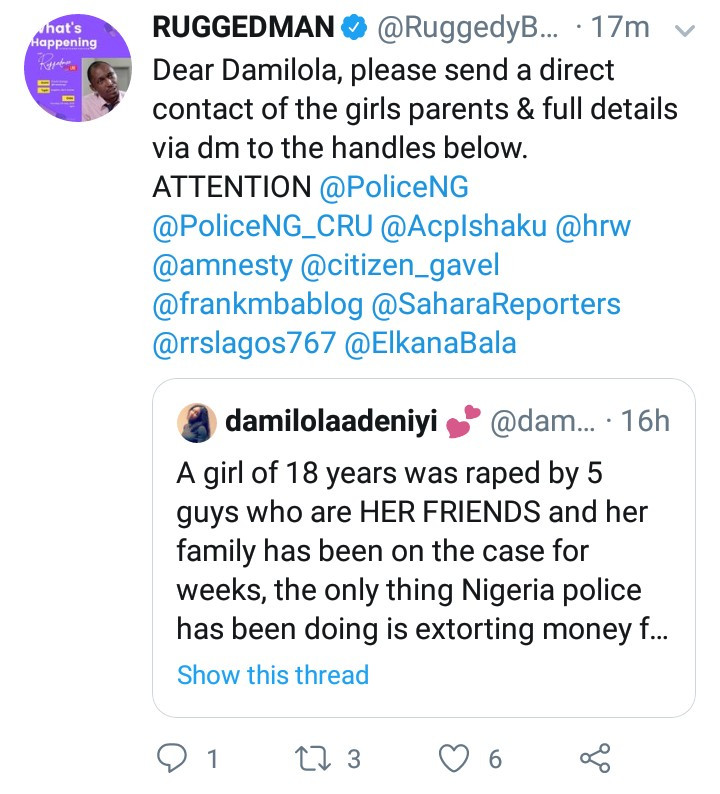 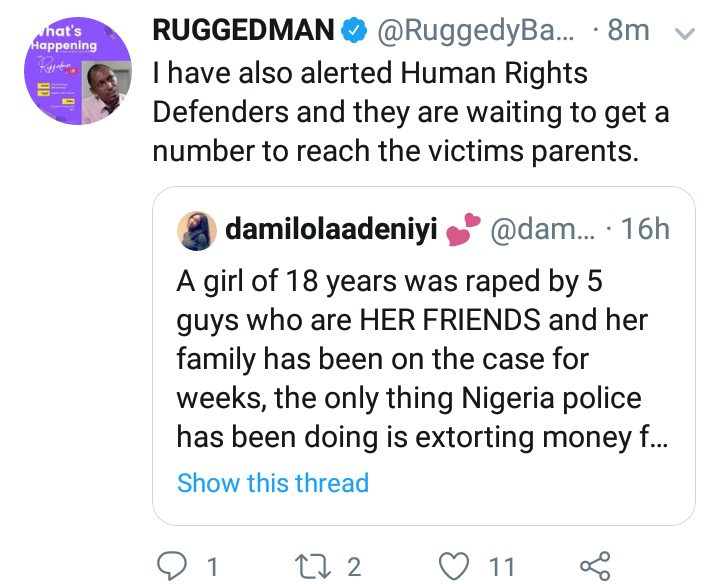 Adebiyi Chioma is a creative writer with varied experience in Nigeria media. Mail me at adebiyi.chioma@withinnigeria.com. See full profile on Within Nigeria's TEAM PAGE