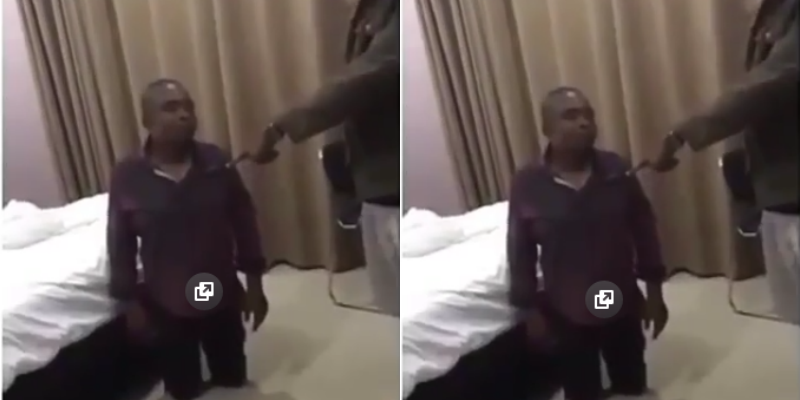 “I have the right to kill you”, husband says as he catches his wife in a hotel room with another man

In a video shared online which has since gone viral,  an angry husband was captured the moment he “spat fire and brimstone”, unleashing his anger on his wife and another man.

This is because, he caught his wife red handed in a hotel room with the said man.

According to reports, the lady had gone to a hotel with her lover, and after some minutes, her husband arrived at the scene.

The husband reportedly started suspecting her after he caught her answering some strange calls of recent.

The lady who was shocked after seeing her husband in the same hotel tried to calm his anger down, but he kept on yelling at the both of them, especially his wife’s lover.

According to the husband, he has the right to kill the man for catching him in a hotel with his wife.

The wife then started crying and asking for his forgiveness.