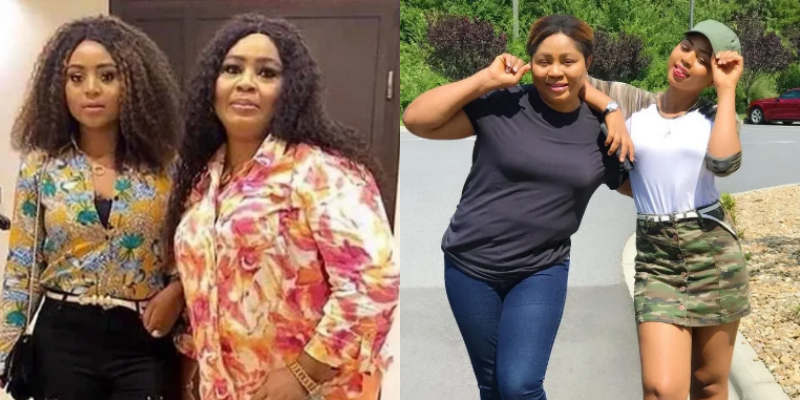 Teenage actress turned billionaire wife, Regina Daniels Nwoko has taken to her instagram page to show off her new tattoo.

The tattoo is an inscription of her mother’s name; “Rita Daniels”.

The Delta born star showed off the tattoo on her back shoulder and it reads, “Rita Daniels”, in honor of her mother.

See a screenshot below…

She started acting at the age of seven; her mother (Rita Daniels) is an actress. She got support from her mother and her siblings.

Her first movie was Marriage of Sorrow which earned her 10,000 Nigerian Naira. She featured in a Nollywood movie titled “Miracle Child” in 2010.

In February 2020 she launched a magazine named after her at a hotel in Abuja.