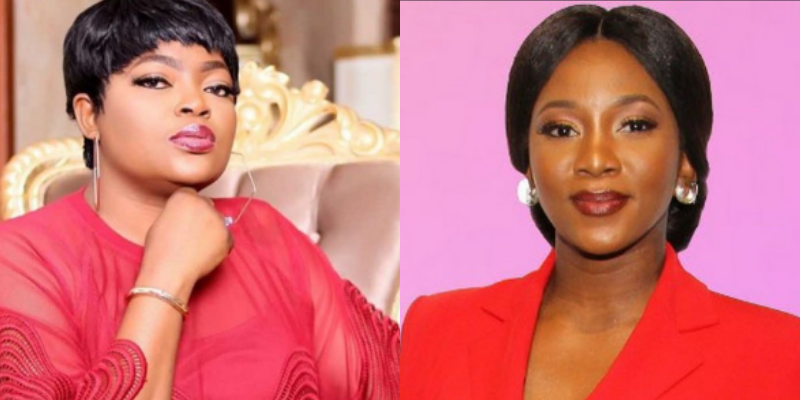 This is coming after a blogger took to same platform to compare both of them. Shunning the blogger, Funke hailed Genevieve and showered some praises on her.

It all started when the said blogger shared a photo collage of both actresses and asked his followers to choose their favourite actress;

“Let’s settle this here, pick your favourite actress below. Like for Funke Akindele”, the blogger wrote as he kicked off debate on who’s better.

On seeing the comparison, Funke quickly shunned the blogger’s comparison.

“Wetin you dey settle? Genevieve Nnaji is a senior colleague and great actor. Respect all day and all night.” She wrote

Akindele Olufunke Ayotunde (popularly known as Funke Akindele) is a Nigerian actress and producer. Funke starred in the sitcom I Need to Know from 1998 to 2002, and in 2009 she won the Africa Movie Academy Award for Best Actress in a Leading Role.