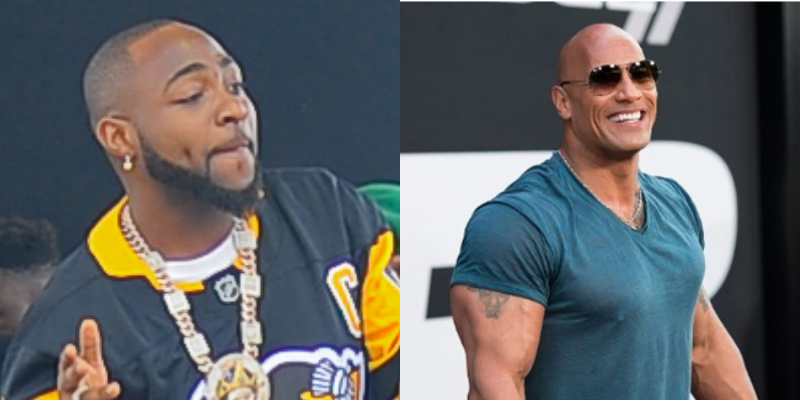 Davido is a good friend of mine, he makes the best African music – Dwayne ‘The Rock’ Johnson

Popular American actor, Dwayne ‘The Rock’ Johnson has come out to praise Davido.

According to him, the Nigerian singer,  is one of the best to come out of Africa.

The Hollywood star was spotted in a video grooving to one of Davido’s tracks and also heaping praises on the American born Nigerian singer.

Davido has been confirmed the best by American actor The Rock, he claimed that Davido is the best as he plays Davido’s song underground.

The rock who doubles as a wrestler and Hollywood star has confirmed Davido’s superiority in the music industry as he said  the‘one milli’ crooner is one of the artistes he likes listening to. He also went further to say that he even listen to Davido’s song at 2am in the night.

David Adedeji Adeleke (born November 21, 1992), who is better known as Davido, is an American-born Nigerian singer, songwriter and record producer.

Davido was born in Atlanta, US, and raised in Lagos; he made his music debut as a member of the music group KB International. He studied business administration at Oakwood University before dropping out to make beats and record vocal references.