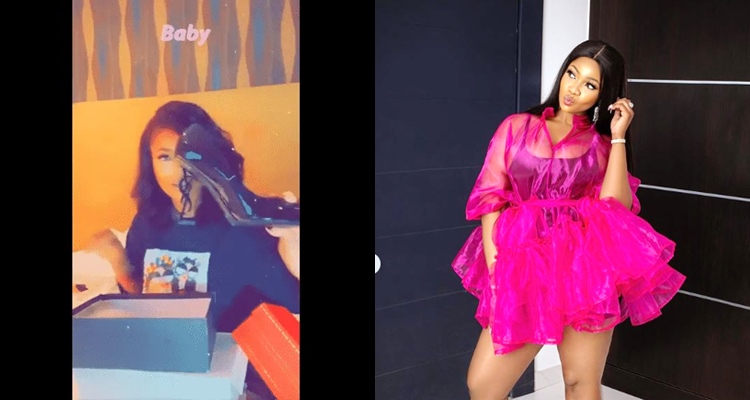 Tacha recently shared a video of herself unboxing some shoes that got delivered to her. One of the shoes, a YSL Opyum Heels, was wrapped in a nylon bag instead of a shoe bag.

However, a social media user claimed the particular YSL Opyum Heels she unboxed was not the authentic version.

Making the allegation and blasting the reality TV star, the social media user gave valid reasons to back her claims.

Sharing a video in which she explained why the shoes are fake, the Twitter user wrote;

BBNaija: Tacha condemns Mercy and Venita for calling Ella a beggar and…

Tacha called out for showing off fake designer shoes. pic.twitter.com/SdBXUf8b5V

Naya Rivera May Have Drowned After Using All Her Energy To Save Her 4-Year-Old Son, Authorities Say