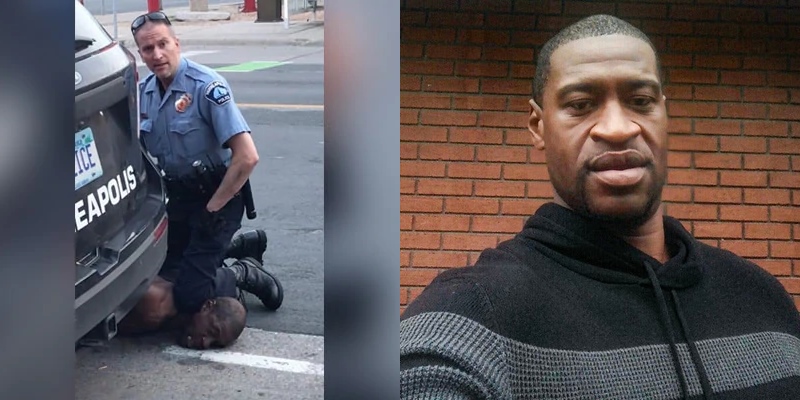 Following the shocking death of George Floyd caused by an ex-cop in Minneapolis, new information shows that they were co-workers for a very long time.

A former Minneapolis club owner has said that both George Floyd and the fired police officer in whose custody Floyd died Monday used to work security at her club.

Maya Santamaria told KSTP in Minneapolis that Floyd and Derek Chauvin worked security at El Nuevo Rodeo up to the end of last year. Santamaria said she sold the building, which she owned for 20 years, a few months ago.

“Chauvin was our off-duty police for almost the entirety of the 17 years that we were open,” Santamaria told the news station. “They were working together at the same time, it’s just that Chauvin worked outside and the security guards were inside.”

Santamaria said she was unsure if the men knew one another because there were often more than a dozen security officers working at the same time on busy nights.

Andrea Jenkins, vice president of the Minneapolis City Council, confirmed the men’s employment at El Nuevo Rodeo in an interview with MSNBC.

Video: J. Alexander Keung, one of the ex-cops charged with George…

“They were co-workers for a very long time,” Jenkins said.

BREAKING: Andrea Jenkins, Minneapolis City Council Vice President says George Floyd and Officer Derek Chauvin both worked at a restaurant near the Third Precinct as bouncers together for 17 years: "They were coworkers for a very long time." pic.twitter.com/pG6Pof7ToE

The former club owner, who operates La Raza 95.7 FM radio, said she initially did not recognize either Chauvin or Floyd in the now-infamous video that shows Chauvin holding Floyd to the pavement with a knee to the black man’s neck.

“My friend sent me (the video) and said, ‘This is your guy who used to work for you,’ and I said, ‘It’s not him.’ And then they did the close-up, and that’s when I said, ‘Oh my God, that’s him,’” Santamaria said. “I didn’t recognize George as one of our security guys because he looked really different lying there like that.”

The video shows Chauvin holding his knee to Floyd’s neck for more than five minutes as Floyd and bystanders beg him to stop. Floyd, 46, became unresponsive and died.Law enforcement officials, including the FBI, are investigating Floyd’s death.

Chauvin and the three other officers involved in detaining Floyd, who had been accused of forgery, were subsequently fired.

Floyd’s death has provoked days of fires and violent protest in Minneapolis and beyond as activists demand the former officers be charged with murder. One person was shot and killed near the protest site Wednesday night and on Thursday night, protesters set fire to a Minneapolis police precinct.