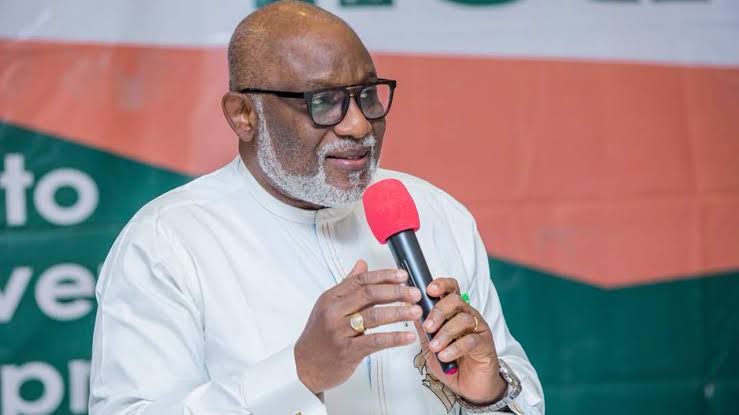 Ahead of the governorship election in Ondo State, Governor Rotimi Akeredolu, on Sunday stated that he is prepared to partake in any mode of primary the All Progressives Congress (APC) adopts in choosing the governorship candidate of the party for the state.

Akeredolu, who said he was not averse to direct primary, accused his opponents especially those in the Unity Forum of putting out the narrative that he is opposed to any direct primary.

Akeredolu, who spoke through his Commissioner for Information, Donald Ojogo, said those making noise about direct primary were only wasting their time as he preferred the mode.

Ojogo said the governor had never openly opposed to any form of primaries and said that “we’ve not come out as a government that we are opposed to direct primary; neither had Mr governor expressed aversion for same.

“We’re not afraid of any mode of the primary. And I’ll want the public to know too that the noise being orchestrated by those in the Unity Forum for the direct primary is to put out a narrative that Mr Governor is opposed to any direct primary.

“I have to say this, the truth of the matter is there are no two situations that are the same. Somebody made allusion to the situation in Lagos State. Everybody stepped down for a particular aspirant then and it was a two traffic contest between the incumbent governor and the then governor.

Ojogo who maintained that Akeredolu is not scared of direct primary urged the other camp to keep their house in order and stop pursuing shadow over the mode of primary for the election.

” Does it not sound preposterous that in a camp of very deceitful governorship aspirants or governorship hopefuls of about six or seven who cannot put their heads together that the only slogan bringing them together is direct primary. It’s laughable and that is unfortunate.

“You can’t put something on nothing. What is the basis for their clamour for direct primary? They are very irreconcilable, well contradictory, with very lethal interests against one another.

“These are people who cannot come together, to take such seriously. Amongst them are those who say they want to run for governorship but are not ready to abandon their choice appointments at the federal level. They are scared of resigning” he said

He challenged them to throw their hats into the ring by resigning their appointments if they are prepared to rule the state.

“We want to challenge them that for anyone who wants to be governor, he must be prepared to take the bull by the horn, resign, come and campaign. Amongst them, we have seen audio aspirants who we just listen to on social media.

“Amongst them, we have seen aspirants who have made it a project or a venture every four years; governorship has been their projects. At the end of every four years, what they do is to acquire property in Abuja

“Their reasons for coming together are not altruistic, they are personal, very deceitful and very mischievous. So, their interests do not gel and not in the overall interest of the State.

“In the camp of Akeredolu, our case is different. We are not on the same pedestal with these persons with usually contradictory and mischief laced interests. But we are not bothered, but one thing is very important, we are not going to take any issue with levity, no opponent is worth being overlooked.

“We’ll not underrate any even as we won’t be bothered by each of their antics. Surprisingly, none of them has come out to repudiate the performance of the Governor. That itself is a great relief. It is agreed that Akeredolu has performed; so what else is required”

Ojogo, however, waved aside the plans of the governor to contest under another platform but said “all we know is that we are going into the primary of the APC to win and going to the election of October 10, to defeat whoever will be presented by any party.