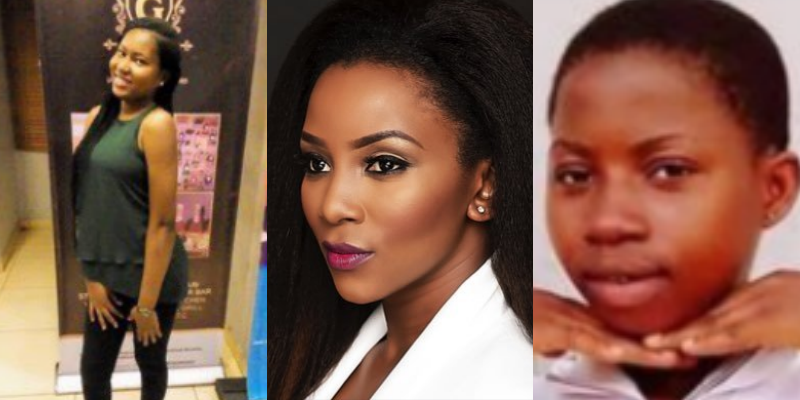 Uwa was a 100 level student of University of Benin before she was raped and killed in an RCCG church she went to read. While Tina was a 16 years old girl shot to death by a trigger happy police man.

The news of their death has sent shock down the spine of many across Nigeria.

Reacting to the sad news, the “Lion Heart” star took to micro blogging platform and wrote;

“They either abuse their power, or have the power to abuse. In or out of uniform, we live in constant fear of men. Tina Ezekwe. Vera Omozuwa. Rest In Peace my darlings. We will get justice”

“The rape does not trigger you but “we live in constant fear of men” does.”

“This isn’t gender war ma’am. Can we attack issues and not gender?”

“I strongly take exception to this generalization. If you were raped, remember is not all men that raped you. I least expected this from you. Stop encouraging hate on men…..”