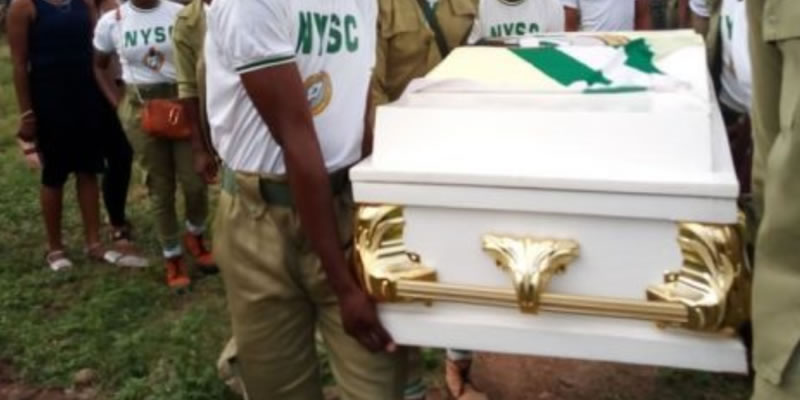 WITHIN NIGERIA had earlier reported that there was tragedy in Osun community as armed robbers reportedly shot dead a corps member identified as Adebayo Mukaila on Tuesday, January 28 in Osun state.

It was further reported that the corps member was killed at the place where he operated a Point of Sales by suspected robbers and recharge cards, money were carted away by the robbers.

The prosecutor, ASP Idoko John told the court that the three defendants committed the on the 28th of January,2020 at about 10:15 pm at Omo West area Osogbo by robbing, killing one Mr Adebayo Mukaila and collecting recharge cards worth N300.000.00 and steal the sum of N2,500 from him.

However, he noted that Anifowoshe Buliaminu did not participate in the killing but unlawfully received recharge cards stolen from Adebayo Mukaila from one Jelili Kareem knowing to have been stolen or obtained by any act constituting a felony and thereby committed an offence contrary to and punishable under Section 427 of the Criminal Code Cap 3 Vol Il laws of Osun State of Nigeria 2002.

The plea of the three accused person was not taken except Anifowoshe Buliaminu who pleaded not guilty to one charge preferred against him.

Defence counsel to the first and fourth defendants, Kehinde Adepoju applied for the bail of the two in most liberal terms assuring that the accused will not jump bail if granted.

He granted Anifowoshe Buliaminu bail with the sum of N200, 000 with two sureties and adjourned the case to 13th of July 2020 for hearing.