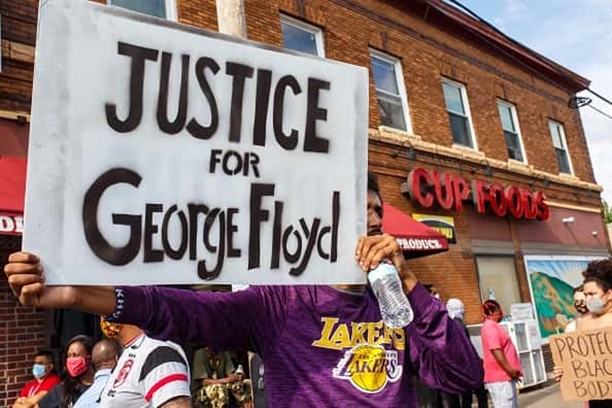 An earlier examination by county officials over the death of George Floyd, has been contradicted by a new independent autopsy.

An independent autopsy found that George Floyd died of “asphyxia due to neck and back compression,” contradicting an earlier examination by county officials.

The findings of the new autopsy were unveiled Monday by Floyd family lawyer Benjamin Crump at a briefing along with the doctors who performed the examination. “Essentially, George died because he needed a breath. He needed a breath of air,” Crump said.

The independent autopsy contrasts with an initial county autopsy last week that said there were no findings to support traumatic asphyxia or strangulation, according to The Associated Press.

Allecia Wilson, one of the doctors hired to conduct the autopsy, said the “evidence is consistent with mechanical asphyxia as cause of death and homicide as the manner of death.” Wilson conducted the autopsy with Michael Baden, the former chief medical examiner of New York City who conducted independent autopsies of Eric Garner and Michael Brown

For George Floyd, the ambulance was his hearse,” Crump said. “Beyond question, he would be alive today if not for the pressure applied to his neck by fired officer Derek Chauvin and the strain on his body from the two additional officers kneeling him in his back.” Chauvin has been charged with third-degree murder and second-degree manslaughter.