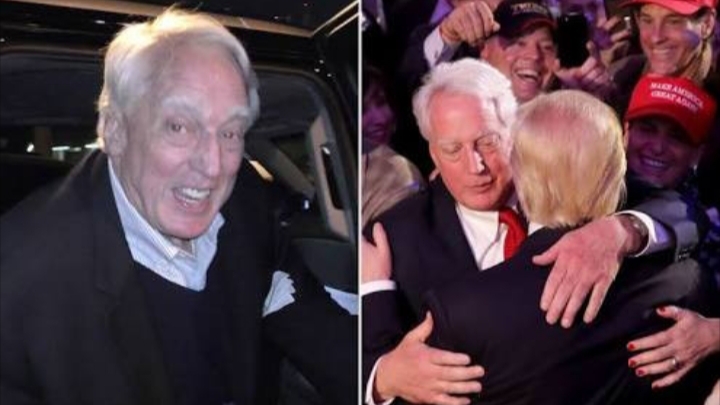 Robert Trump, the young brother of US President, Donald Trump is reportedly in a New York hospital with an undisclosed illness.

This was announced by the White House on Friday, August 14.

White House disclosed that Donald and his younger brother Robert are very close and the president is expected to visit his brother Friday in the New York hospital.

White House deputy press secretary, Judd Deere told CNN that “we can confirm the report that the President’s brother is hospitalized”.

Robert Trump, 72, is one of four other siblings to the President, including the late Fred Trump, Jr. He was a former top executive at the Trump Organization.

In a related story, WITHIN NIGERIA reported that Joe Biden, the US Presidential candidate has described the President Donald Trump as the country’s “first” racist president, saying the way he deals with people based on the the colour of their skin is “absolutely sickening”.

Biden passed the comments about Trump during a virtual town hall organised by the Service Employees International Union.

A questioner complained of racism linked to the Coronavirus outbreak during the event, saying Trump refered to the virus as the “China virus”.