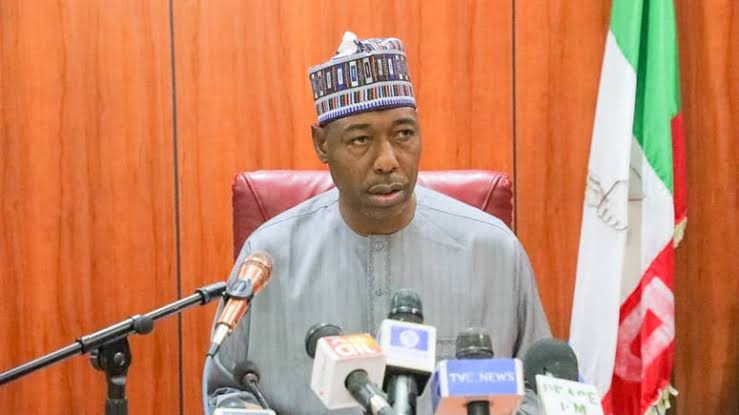 According to him, the entire hospital staff has also abandoned patients to an International Non-Governmental Organisations (INGO) operating in Ngala council.

The suspension followed Zulum’s unscheduled visit to find out the state of healthcare delivery services to the people.

“After Zulum’s unscheduled visit last Monday; he had discovered that the entire staff, had despite receiving government salaries, abandoned the hospital to an INGO,” said Gusau.
He said that the INGO (fhi360) is currently attending to hundreds of patients, comprising most of the Internally Displaced Persons (IDPs)
and host communities.

Ngala, a border town with Cameroon, was severally attacked by Boko Haram with loss of many lives and property.

The insurgency affected town; is a council headquarters within an international land route into Cameroon, Chad, Sudan and Central Africa.

According to him, the Army however liberated Gambouru/Ngala from Boko Haram terrorists in 2015.

With the liberation of border community, Ngala is currently populated of thousands of returnees.

“Many residents of Gambouru/Ngala are IDPs, who were forced to flee their villages and farmlands during decade long insurgency,” he said; noting that most of the IDPs are indigenes of council border areas.

While lamenting on hospital abandonment, he said: “The Governor was disappointed to find out that despite high turnout of patients, not one of the many government paid staff, from doctors down to clerical staff, was at the hospital by 11am.

“Instead, Zulum was received on arrival Monday, by a field Coordinator of fhi360, the INGO managing the abandoned Ngala hospital.”

“Unfortunately there is no single government staff here to attend to all these patients, and we promptly pay all of them salaries.

“These humanitarian workers from the INGO (fhi360) are supposed to complement the State Government staff and not to completely take over the hospital.

“I am directing Borno State Hospitals Management Board, if there is any staff on the payroll of this Hospital, to immediately suspend all the workers.

“I will be back to this hospital, hoping to see the opposite of what I
saw today.”