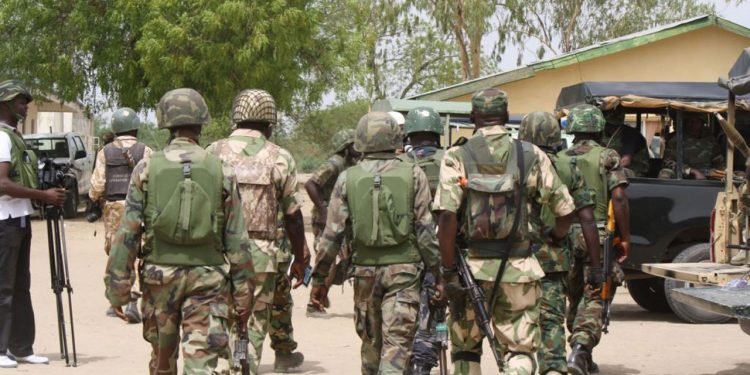 As a result of two weeks operation of the Nigerian army around Owo and Akoko areas of Ondo state purposely to reduce the rate of crimes, no fewer than 24 suspected kidnappers have been arrested.

This was disclosed by the Commander, 32, Artillery Brigade Owena Cantonment, General Zakan Abubakar who represented the Chief of Army Staff (COAS) during a visit to Oba Ajibade Gbadegesin Ogunoye III palace.

According to Buratai, troops were deployed to some strategic area in the state precisely Arimogija, Owo to Oba Akoko axis after an Army Captain and Naval Officer were kidnapped along that route.

Abubakar stated that the Army would not relent in carrying out its constitutional roles of protecting lives and property of the people in the state.

In a related story, WITHIN NIGERIA reported that an Army Captain has been abducted by gunmen suspected to be kidnappers along Auga/Akunnu highway in Akoko North-East Local Government of Ondo State.